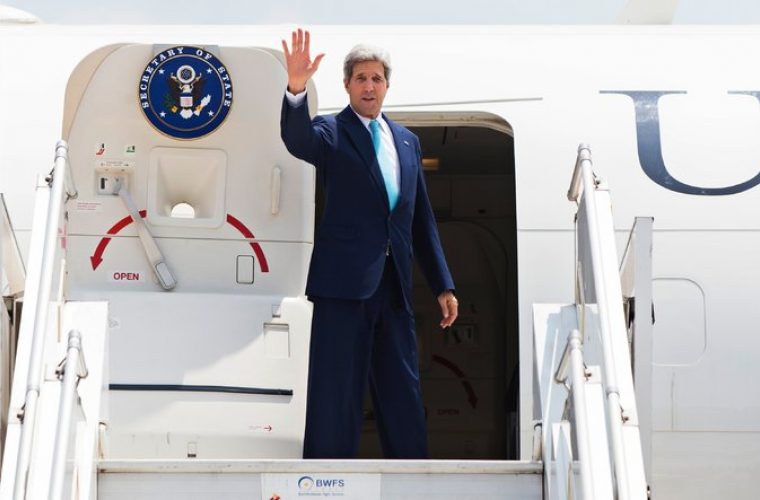 Secretary of State John Kerry on Friday urged Qatar and Turkey to use their influence to secure the release of an Israeli soldier who apparently was captured in Gaza shortly after an announced cease-fire went into effect.

“Hamas, which has security control over the Gaza Strip, must immediately and unconditionally release the missing Israeli soldier, and I call on those with influence over Hamas to reinforce this message,” Mr. Kerry said in a statement.

Mr. Kerry condemned the capture of the soldier and the killing of two other Israeli soldiers, calling it “an outrageous violation of the cease-fire negotiated over the past several days, and of the assurances given to the United States and the United Nations.”

Mr. Kerry urged all sides not to abandon their efforts to end the fighting.

“After the horrific loss of life in this attack and its aftermath, it would be a tragedy if this outrageous attack leads to more suffering and loss of life on both sides of this conflict,” he said. “The international community must now redouble its efforts to end the tunnel and rocket attacks by Hamas terrorists on Israel and the suffering and loss of civilian life.”

Mr. Kerry learned of the capture from an aide who was monitoring reports on the cease-fire while he was flying to the United States from New Delhi, where he met with the new prime minister of India, Narendra Modi.

State Department officials said they had no independent knowledge of the circumstances of the capture.

A senior State Department official said there was “acute concern” over the fate of the captured soldier, but American officials are also worried that the episode may lead to a major escalation in the fighting.

“Our view is that Hamas has security control over the Gaza Strip,” a senior State Department official said. “It is their responsibility to deliver on the assurances that they provide.”

When the capture occurred, Frank Lowenstein, Mr. Kerry’s senior aide on the Middle East peace talks, was en route to Cairo to participate in the Israeli and Palestinian talks that were to have occurred there.

It was not clear if William J. Burns, the deputy secretary of state, would still head to Egypt, as planned.

In announcing the cease-fire agreement at 3 a.m. local time on Friday during his visit to New Delhi, Mr. Kerry had been somber and cautious about its prospects.

“This is not a time for congratulations and joy,” Mr. Kerry said. “This is a respite. It’s a moment of opportunity, not an end. It’s not a solution. It’s the opportunity to find the solution.”

“So we hope that this moment of opportunity will be grabbed by the parties, but no one can force them to do that, obviously,” he said.