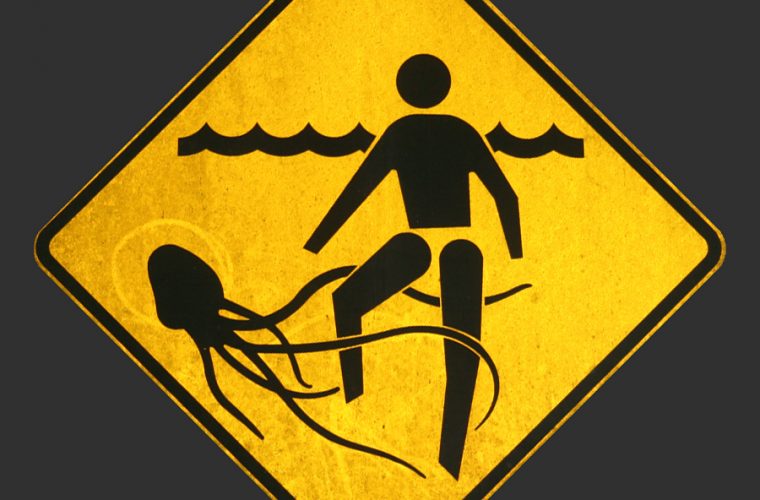 Several visitors to the Sealine beach experience their leisure trips ending with stings by jellyfish. For some beachgoers their weekend outings turned into a nightmare and they decided to avoid the beach in future.

Jellyfish have tentacles that contain venomous sacs which release toxins upon contact with human skin. Jellyfish stings could be extremely painful. Victims could develop allergies which could potentially become lethal.

Swimmers hurt by jellyfish seek first aid from the rescuers or an ambulance services available near the beach and either go to the Mesaieed Primary Health Centre or consult a dermatologist for proper medical care.

What supposedly was weekend outing turned into a nightmare for a family whose two-year-old child was stung by a jellyfish at Sealine beach on Friday morning.

Around 5am on Friday the child, swimming with her parents, suddenly cried out of excruciating pain on her right arm and near the stomach. Within minutes, her arm and stomach area was swollen with red patches.

“Luckily there was an ambulance patrolling near the beach. They gave first aid, applied vinegar and ointment on affected areas, gave some medicine to make her (child) sleep and advised to go to the primary health centre immediately,” said her mother.

Vinegar is used as a common remedy to jellyfish stings. Salt water may be used as an alternative if vinegar is unavailable.

She complained of a lack of signs warning beachgoers of jellyfish on the beach. “There should be some signs or warnings displayed, we can’t stop the fish, at least can keep children safe. The staff at the health centre told us that my child was the fifth to be treated for jelly fish stings on the same day,” said the mother.

This is not an isolated incident. Many beachgoers on social media and forums have shared their experience with jellyfish stings at Sealine beach.

“Be Carfeul. Dont go in the water when you go to Sea line beach or Mesaeeid. There is jellyfish in the water. They sting really bad. I saw many people being stung. But why haven’t they put up warning signs on the beaches?” said one commentator on a popular social media site.

Another commentator said: “A lot of people will go to the beach this coming Eid. In Sealine beach, there are plenty of jellyfish. I wish somebody could advice on how to avoid being bitten by jelly fish or how to treat its sting.”

In 2012 Rescuers from Red Crescent said that they have provided first aid to some 167 who were stung by jellyfish in the seas off Sealine in 15 months.