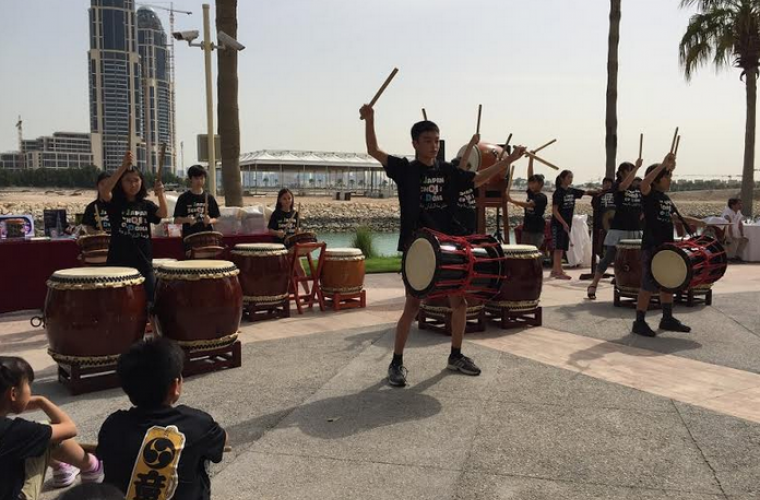 On the 11th of March, 2016, on the occasion of 5th anniversary of the Great East Japan Earthquake which occurred on the same day in 2011, the Japanese society in Qatar held a community gathering in Doha. Many of the Japanese nationals living in Qatar mourned the earthquake victims and renewed the society’s unity toward the recovery of the disaster-stricken Tohoku area.

At the beginning, followed by the sign of a moderator, all the society members offered a one-minute silent prayer together for the victims of the Great Earthquake and Tsunami.

Subsequently, Ambassador of Japan in the State of Qatar Mr. Shingo Tsuda made an opening speech and offered his prayers to the victims. In his speech, Ambassador Shingo Tsuda also expressed Japan’s appreciation to the State of Qatar for its urgent, crucial and sustainable support not only to the disaster area, but also to the whole country, mentioning Qatar’s additional supply of LNG for the increased domestic demand upon the incident in Japan as well as Qatar Friendship Fund established under the leadership of H. H. Sheikh Hamad bin Khalifa Al- Thani, Father Emir of the State of Qatar and its support projects in such areas as fisheries and child education.

The similar memorial address was given by Mr. Naoki Miyoshi, President of Japanese Society in Qatar, who also expressed the appreciation to the State of Qatar through his speech. The speech was followed by the Japanese traditional drumming performance by the students from Japan School of Doha.