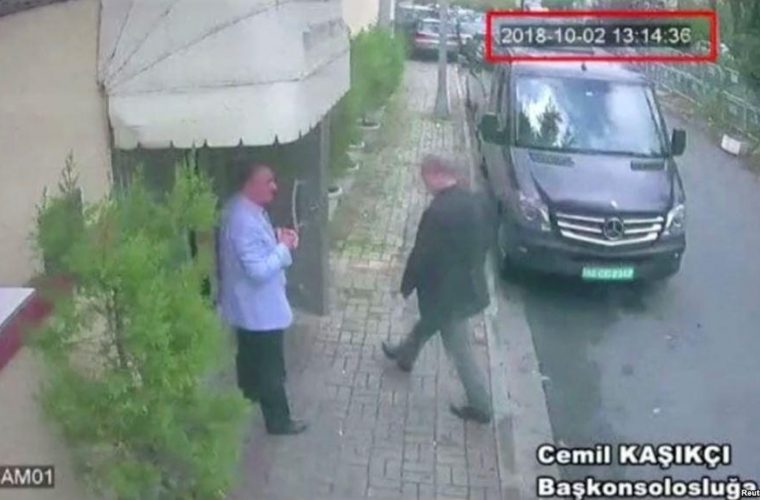 Turkish officials have released video surveillance footage of Khashoggi entering the consulate on the afternoon of Oct. 2. There is no footage that shows him leaving.

Jamal Khashoggi, a 59-year-old the prominent Saudi journalist and critic of the Saudi monarchy, entered the Saudi consulate in Istanbul on October and has not been seen since then.

A Turkish pro-government newspaper printed the names and pictures of 15 Saudis who allegedly arrived in Istanbul on two private jets the day the journalist vanished.

Turkey has identified the roles most of the 15 men held in the Saudi government or security services, and one of them were claimed to be an expert in post-mortem examinations, presumably to help dismember the body, the Turkish official said.

Turkish authorities believe he was murdered on orders from “the highest levels of the royal court” in Riyadh, according to the New York Times, citing a senior official.

Mohammed bin Salman - the crown prince of Saudi Arabia, ordered an operation to lure Washington Post columnist Jamal Khashoggi back to Saudi Arabia from his home in Virginia and then detain him, according to U.S. intelligence intercepts of Saudi officials discussing the plan, reported Washington Post.

As per some of Khashoggi’s friends, over the past four months, senior Saudi officials close to the crown prince had called Khashoggi to offer him protection along with a high-level government job, in the event that he returns to his home country.

However, Khashoggi was skeptical of the alluring offers. He told one friend that the Saudi government would never keep their promises on not to harm him.

“He said: ‘Are you kidding? I don’t trust them one bit,’ ” said Khaled Saffuri, an Arab American political activist, recounting a conversation he had with Khashoggi in May, shortly after Khashoggi had received a call from Saud al-Qahtani, an adviser to the royal court.

However, Turkish officials have concluded that whatever the intent of the operation, Khashoggi was killed inside the consulate.