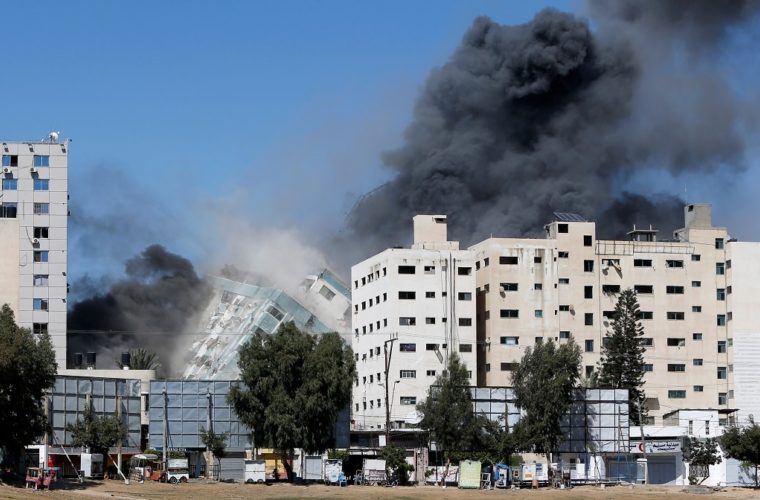 Al Jazeera reported that an Israeli airstrike targeted and destroyed a 11-storey building in Gaza City that housed offices of Al Jazeera, The Associated Press and other media outlets. As the Al Jalaa building collapsed, it was broadcast live on their official Twitter channel.

The media network also reported that residents and occupants of the Al Jalaa building were informed by the Israeli army via a phone call that they had less than one hour to vacate the building before it was bombed.

Dr. Mostefa Souag, acting director-general of Al Jazeera Media said that "The destruction of Al Jazeera offices and that of other media organizations in al-Jalaa tower in Gaza is a blatant violation of human rights and is internationally considered a war crime".

A statement from Al Jazeera condemned the bombing and destruction of its Gaza offices and called on all media and human rights institutions to join forces in denouncing the bombings.