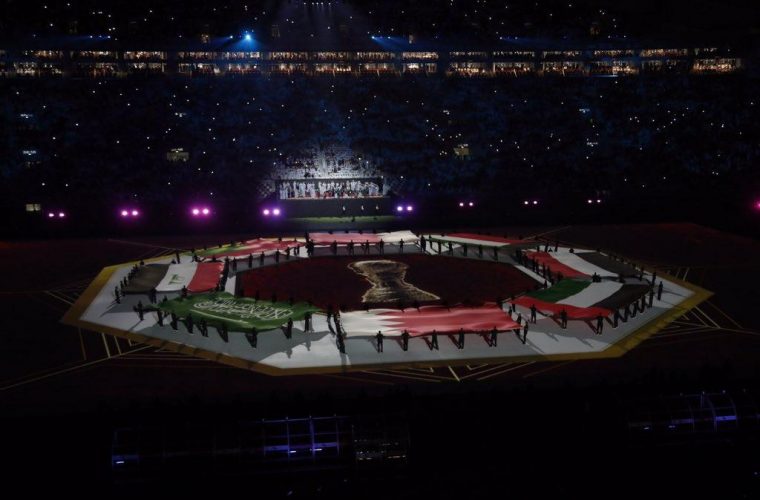 The Arab Gulf Cup Football Federation (AGCFF) has granted Iraq the right to organize the next 25th Arabian Gulf Cup edition, which will be held two years from now in Basra during the General Conference of the championship held this afternoon at Sheraton Hotel in Doha.

The conference was chaired by HE President of the AGCFF and President of Qatar Football Association Sheikh Hamad bin Khalifa Al-Thani, in the presence of Vice President Dr. Jassim bin Mohammed Al Shukaili, Secretary General Jassim Al Rumaihi and representatives of member associations.

The AGCFF Secretary-General Jassim Al Rumaihi, announced during the press conference held after the general meeting that the initial approval to host the 25th Arabian Gulf Cup in Iraq came because it is the only file submitted, but the final approval will be determined later after sending the hosting criteria of the tournament to each Member Associations.

Al Rumaihi stressed that Iraq deserves to organize the next edition because more than 40 years ago Iraq did not organize this event, and Iraq now is able to organize and host the cup, explaining that Qatar Football Association is supportive of all athletes in the region.

He pointed out that Iraq's bid, which was submitted is aligned with standards by about 80 percent, adding that the door is still open for the rest of the Gulf Associations to provide the hosting files and next week will be the deadline for receiving the files.

Al Rumaihi stressed that the President of the Federation is committed to help Iraq Football Association to solve all the problems that could face in the organization of the next edition.

In response to a question about the fulfillment of the Iraqi city of Basra of the conditions for hosting the next tournament, Al Rumaihi said that there are shortcomings in the Iraqi file, but the AGCFF promised to stand with the Iraq Football Association, and all attendees announced their readiness to provide support to Iraq so that it can host the tournament.

Regarding the criteria that should be met in the file submitted by Gulf countries to host any upcoming tournament, Al Rumaihi said that one of the most prominent criteria is security, sports facilities, hotels and all other organizational aspects.

For his part, President of Iraq Football Association Abdul Khaliq Masood expressed great pleasure in granting Iraq the right to organize the next edition of the Arabian Gulf Cup. He also expressed his great satisfaction at the trust placed by the presidents of the Gulf Associations and secretaries in the city of Basra and Iraq to have the honor of hosting this event.

Masood added, in a press statement, that the organization of the 25the Arabian Gulf Cup in Iraq is a great achievement for the Iraqi people, pointing out that the Iraqi government represented by the Ministry of Youth and the Iraqi Ministry of Interior has pledged to provide security for all Gulf teams and fans.

He pointed out that all the Gulf funs are welcome in Iraq and Iraq will provide all means of comfort to them and wishing the presence of everyone, whether coming by air or by sea and also by land, especially Kuwaitis who can enter the country using their cars.