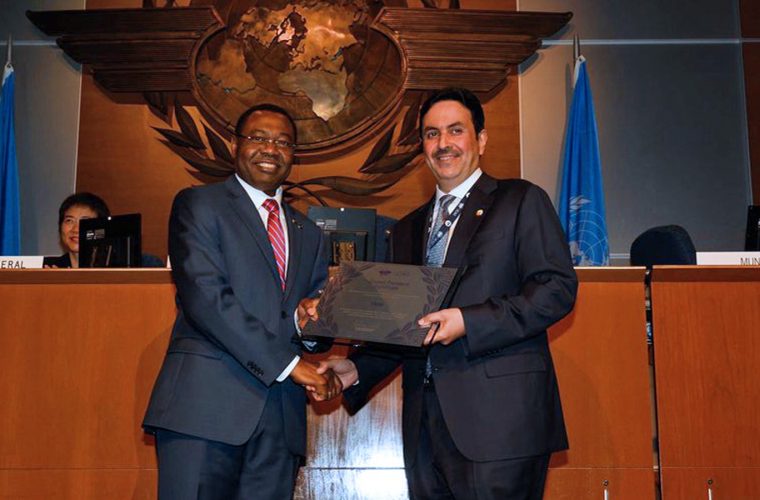 As part of its participation in the meetings of the 40th Session of the ICAO Assembly in Montreal, Qatar was honoured by the International Civil Aviation Organisation (ICAO) among 48 countries that have made significant progress in overcoming deficiencies in their air safety control and improving the effective implementation of laws and international recommendations in this field.

His Excellency Abdullah bin Nasser Turki Al Subaey, President of the Civil Aviation Authority received a certificate of appreciation from HE Dr. Olumoywa Benard Aliyu, Chairman of the ICAO Council, for the qualitative achievement of the Authority's in the comprehensive audit for civil aviation safety which was conducted by ICAO to verify the compliance of national safety standards with international standards set out in the Chicago Convention Annexes.

Qatar recently achieved the highest score on the ICAO audit, which was implemented in 2018, making Qatar the first to receive this percentage in the Air Safety System.