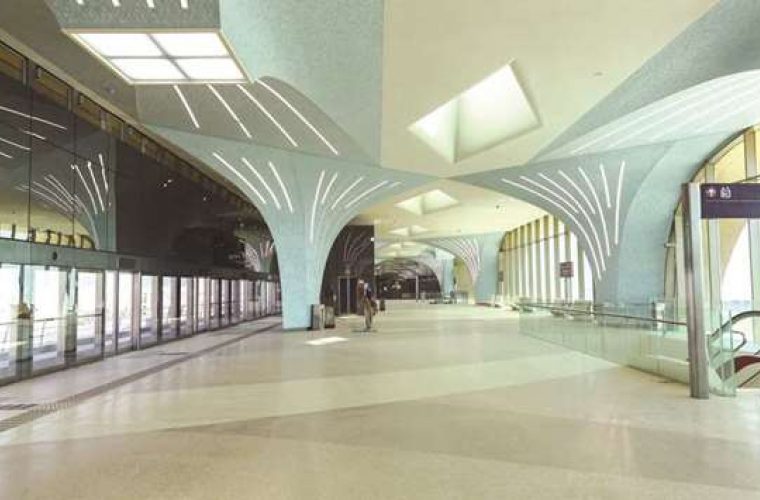 Qatar Rail has released images of the interior of the completed Ras Bu Fontas station, which falls on the Red Line of Doha Metro. According to information available on the Qatar Rail website, the Red Line runs for about 40km from Al Wakrah in the south to Lusail in the north. The line also connects Hamad International Airport at Terminal 1 to the centre of the city. It has 18 stations with Legtaifiya station allowing passengers to transfer over to the Lusail Tram.