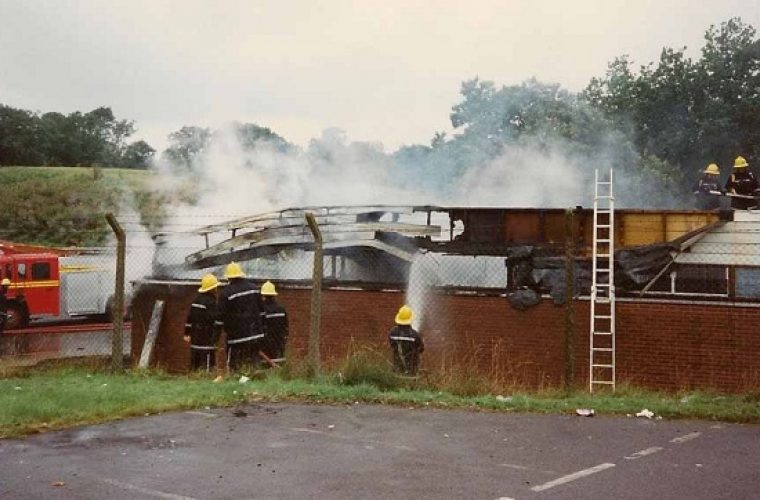 Several members of the Central Municipal Council (CMC) and a number of citizens have criticised authorities concerned for what they say is a lack of safety at portacabin sites in open areas that lead to devastating fires. The recent fire in an open area that housed portacabins in Al Thumama area of the city has infuriated many citizens and CMC members, Al Sharq reported yesterday. They said a lack of security and safety measures at the portcabine sites is to blame for the fires that occasionally erupt at such sites. “It is very sad, we see every now and then fires due to ignorance of safety and security measures by some people,” said a CMC member, Mubarak Farish. “Some people turned the plot of land into stores and put there portacabins. The law exists to deal with such violations and it should be implemented,” he added. Tough action should be taken against those who store inflammable materials at open plots of lands and turn it into labour camps without taking necessary safety and security measures, he said. Such fires that take place due to violations of the instructions for safety and security should be dealt with an iron fist, said a citizen, Naser Al Tamimi. “Huge fines and other punishments should be imposed on the violators to curb this practice in a bid to save the lives of people,” he added. Portacabins, especially those set up out of Doha, should be listed and inspected by the authorities to ensure that whether they meet the requirements of safety and security measures. The CMC should take up this issue especially after Al Thumama fire in which several portacabins gutted so it could not be repeated, said Al Tamimi. Source : Qatar Chronicle