In The Glow gets to know Turkish superstar Meryem Uzerli! 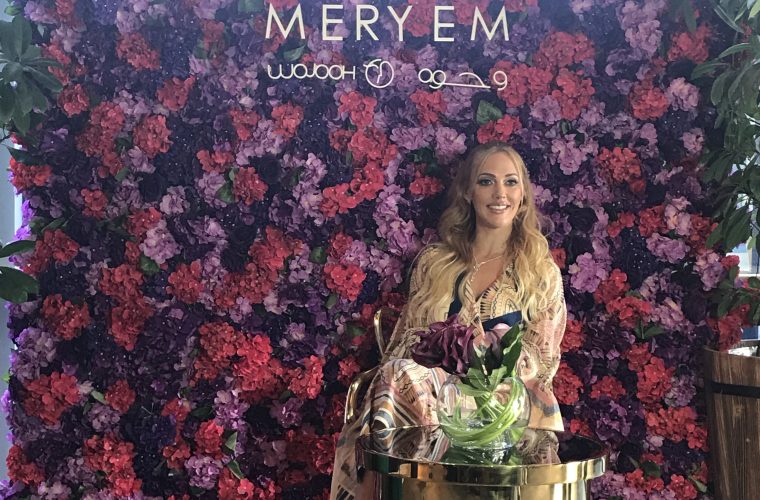 “She believes the eyes are the window to our souls,” said Daniel Lyons, Meryem’s brother and personal consultant. “Women in the Middle East speak with the eyes, and that’s why she started with eyeshadow...” he added. 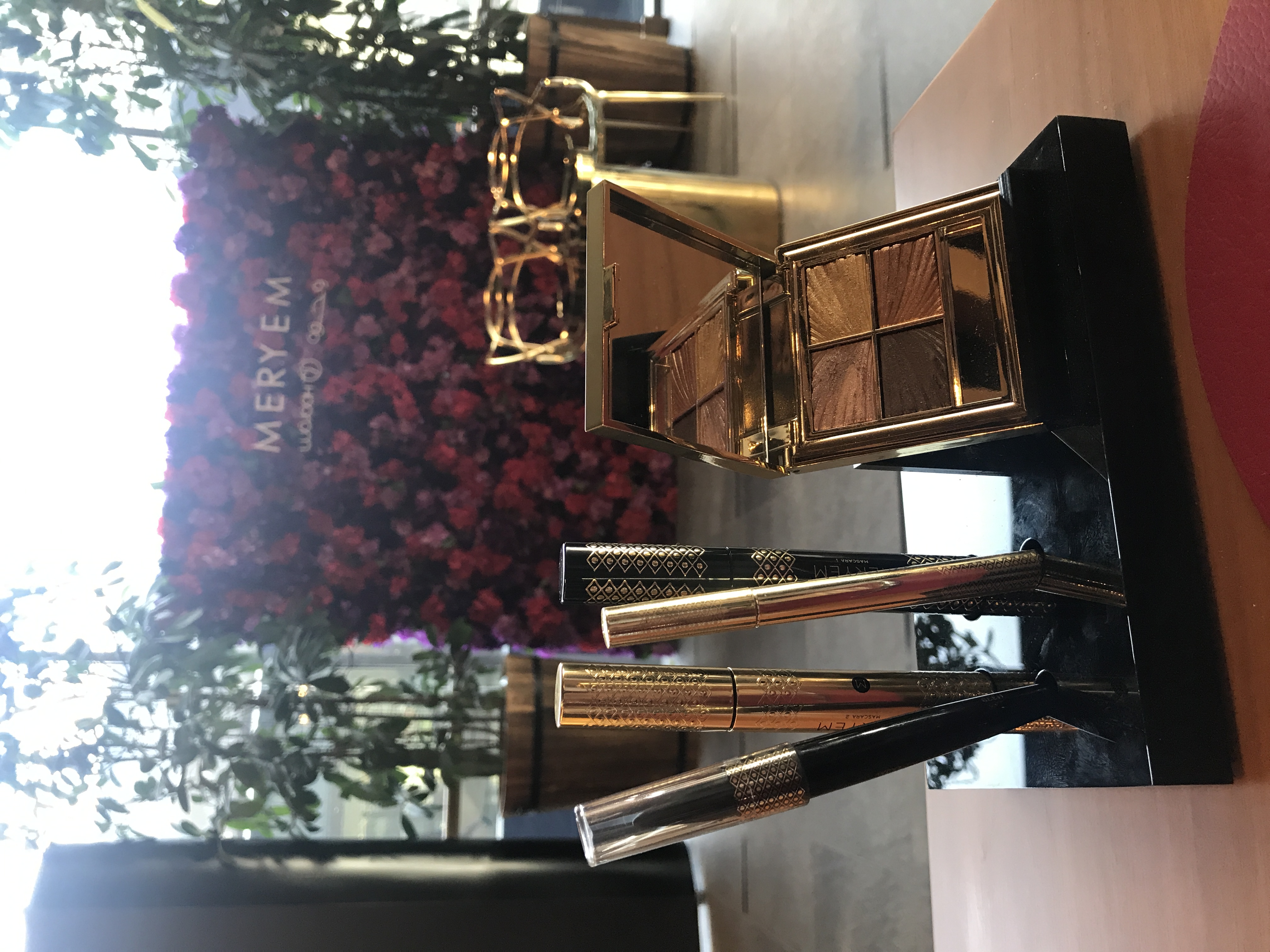 Pictured above: The limited edition makeup kit by Meryem Uzerli

This is Uzerli’s very first partnership with a beauty retailer. She’s currently touring the GCC and launching her line at the different Wojooh outlets in Saudi Arabia, the UAE, and here in Qatar. “She has had a nice relationship with Wojooh from the start. She felt comfortable with them and told me she had a great feeling [about them],” said Lyons.

Lyons also revealed that they are developing two fragrances, which are likely to be launched by the end of this year, and that Uzerli is also considering to branch out her beauty products to include lipsticks and foundations.

While Lyons focuses on the logistics and business aspect of the tour, Uzerli is more about getting to know her fans. You could feel it when she appeared; smiling, fun and friendly, poised beautifully in front of a backdrop wall of flowers ready to meet and greet everyone at the launch. 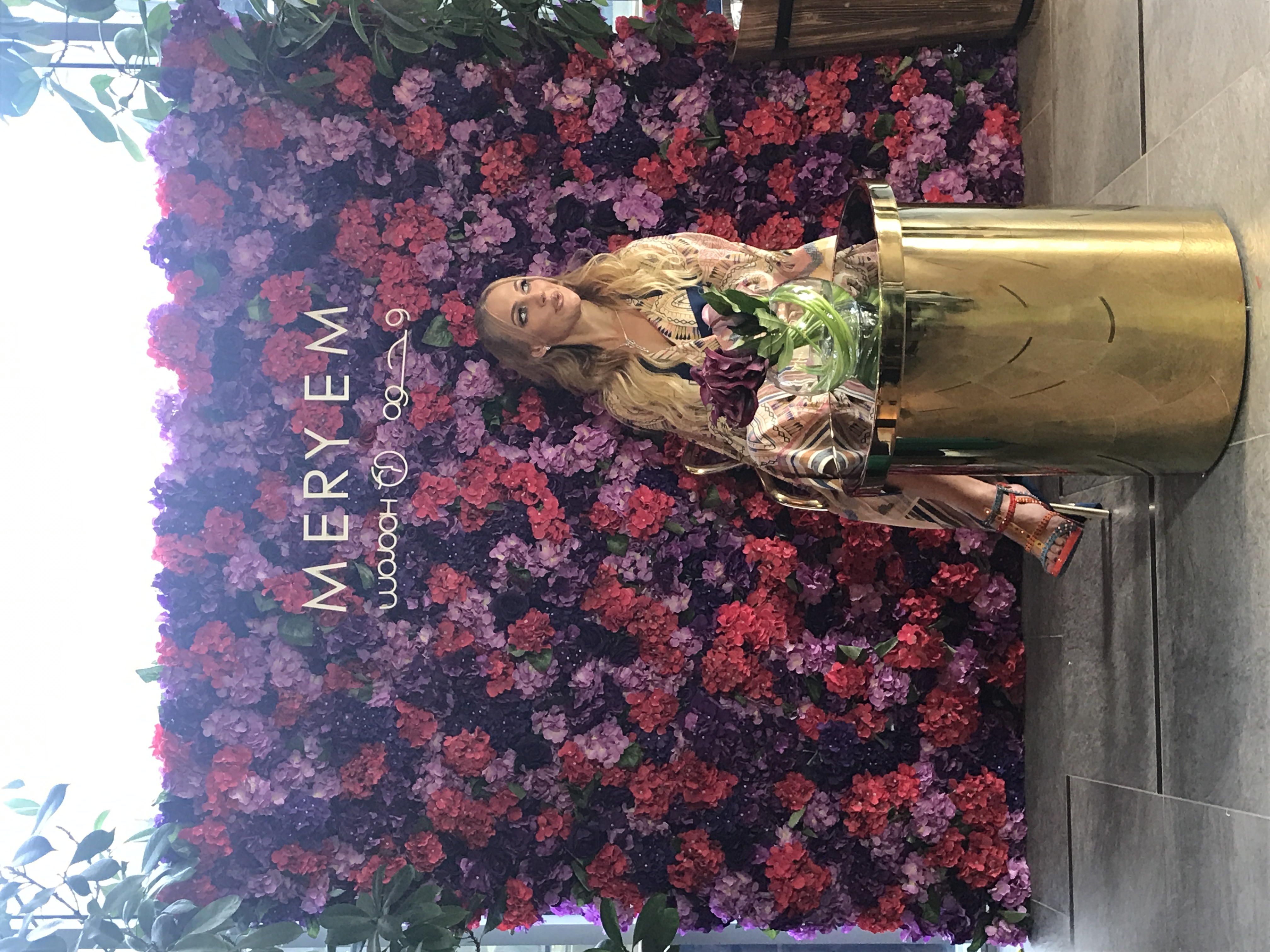 Visiting Doha for the first time, the German-Turkish actress was overwhelmed by the warm welcome and open-heartedness; a typical Qatari trademark of hospitality. “That’s the most important energy in life I think, to have an open heart,” Uzerli said.

Her relationship with makeup began when she was 13 years old. In order to support herself and save up for her education, she started doing workshops and also worked as a makeup artist at L’Oreal for five years.

Uzerli’s passion for makeup motivated her to create the eye cosmetics box, and she had one conviction: that quality is the most important element behind makeup.

“I worked on it a lot. My product combines the best ingredients from Italy and Germany. We seek them from the same place where Chanel, Dior and Yves Saint Laurent’s makeup are made,” Uzerli said. “It’s a really high quality product. But to do this you need time. For example, I throw away around 200 mascaras, because it’s not just the brush, it’s the brush in combination with the ingredients, and the ingredients with the mascara applicator, all three things have to combine in a perfect way.”

Uzerli has provided not just one, but two mascaras in her beauty kit. “I always use two mascaras. One is to lengthen, and the other is to volumize the lashes, for a perfect effect,” she explained.

Not one to shy away from her successes, Uzerli also gushed about her story and her career as an actress. Acting was part of Uzerli’s childhood as she grew up surrounded by actors, musicians, singers and painters at an art school in Germany. She would also perform at one of her friends’ father’s theater around the age of five or six. Uzerli’s breakthrough as an actress came in 2010 when she was cast as Hürrem Sultan - a beloved character by many in the region today - in Muhteşem Yüzyil.

Uzerli’s most recent acting role is as an American CIA agent in a new series that’s currently shooting in Istanbul, now making a name for herself in both the beauty and film industries.

Catch her new beauty line at a Wojooh near you! 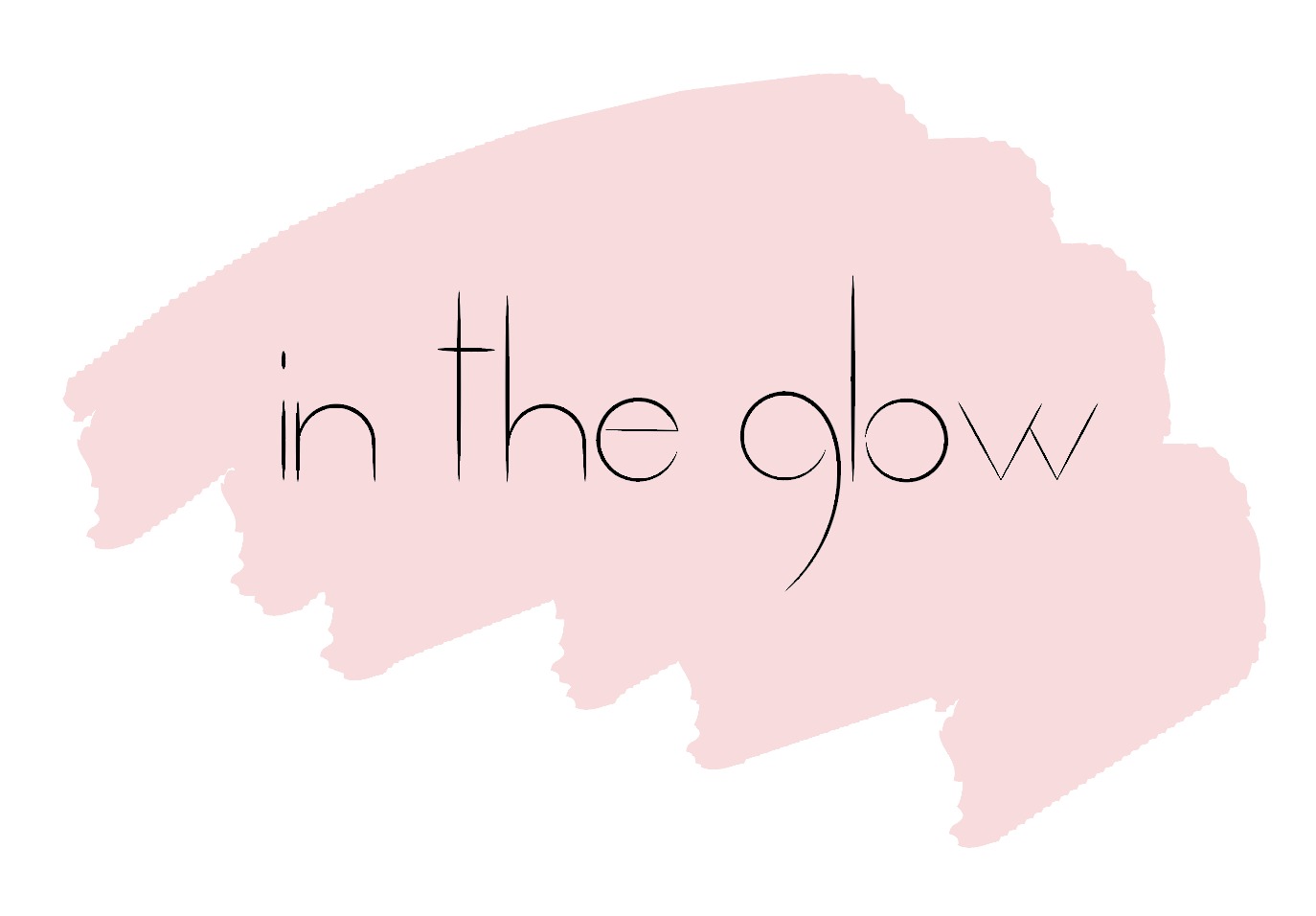