In push for equal rights, Qatar set to launch awareness campaign for laborers 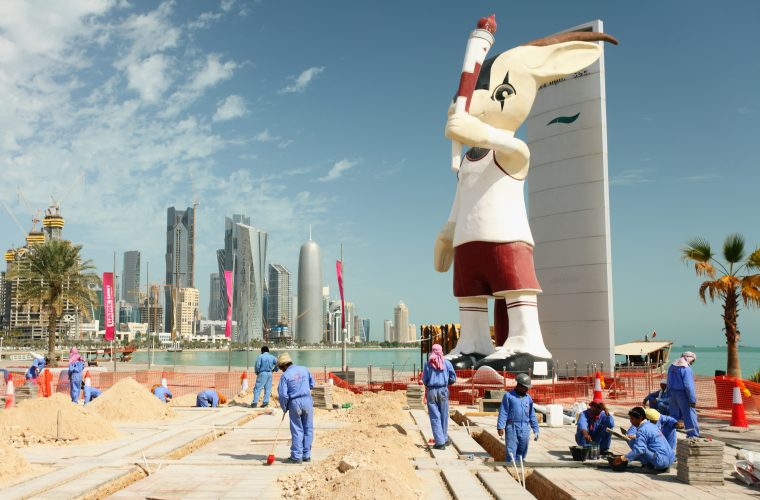 We've reported on Labor Day that the International Labor Organization (ILO) opened its first office in Doha as part of an agreement under which the United Nations (UN) agency will oversee wholesale labor reform by the 2022 World Cup host.

The now 3-month-old announcement also opened the possibility of having the controversial exit VISA system abolished, which hasn't been decided on until now.

The Exit Permit rule requires expatriate workers in the country to obtain their employers' permission to leave Qatar. Without the above-said document, a foreigner won't be allowed to pass the airport's Immigration stage.

In regards to this, a fresh initiative by the National Committee for Combating Human Trafficking (NCCHT) to conduct an awareness campaign to advise and guide workers at various workplaces and labor camps to educate them about the laws against human trafficking was announced last Monday (July 30) at Inter-Continental Hotel Doha to mark the World Day Against Human Trafficking.

“Also, there will be brochures to be distributed among house maids to educate them about their rights and Qatar has emerged as one of the top countries which attaches highest importance to safeguarding human rights,” Dr. Khalifa Al Abdullah, a member of the committee and representative of the Public Prosecution said.

The day highlights the importance of human trafficking as it is one of the greatest contemporary challenges, and not only on a particular category, but it is becoming more widespread than before.

Houtan Homayounpour, Director of the ILO Project Office in Qatar, said that human trafficking is a crime that is linked to people’s movements and therefore is not limited to a particular category. “This requires serious work and international and regional cooperation to eliminate and prevent it,” he said, adding that millions of men, women, children and workers around the world are suffering from forced labor and trafficking which adversely affects their future.

It can be remembered that Qatar has repeatedly affirmed its commitment to the promotion and protection of all rights and freedoms for all residents in accordance with international human rights standards and with NCCHT's upcoming campaign, Qatar is a step closer to its vow.

“Qatar will spare no effort to contribute to the efforts of international community for promoting and protecting the rights of children and women with provision of security, development and basic services in various fields,” said Najat Al Abdullah, Director of the Department of Family Affairs in the Ministry of Administrative Development, Labor and Social Affairs.

The celebration was held with the participation of the Ministry of Interior, the International Labour Organization office in Doha, the UN Office on Drugs and Crime and US embassy among others. It was organized under the patronage of H E Dr Issa bin Saad Al Jafali Al Nuaimi, Minister of Administrative Development, Labor and Social Affairs.

To know more about Qatar's labor law, the wage protection system, and what to do when your labor rights get violated, watch this QTips episode.

What do you think of these latest human rights developments? Do you think the upcoming awareness campaign can make Qatar a better place for laborers to work in in the future? Drop us a line in the comments below and also, don't forget to like and share this article—it keeps us going!