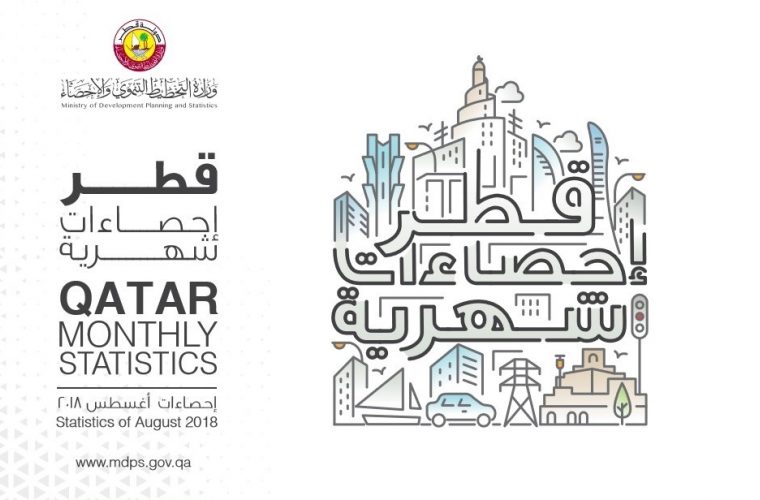 The Ministry of Development Planning and Statistics (MDPS) has released the 56th issue of the Qatar Monthly Statistics bulletin; a series of statistical newsletters released on a monthly basis. In this issue, it has highlighted the most important statistical changes that occurred in the country during the month of August 2018 and compared the changes to the data that was recorded in August 2017.

The demographic statistics in the present bulletin showed that the total population of Qatar has increased from 2.45 million during August 2017 to 2.56 million at end of August 2018, an annual increase of 4.7%.

As for the data of buildings permits issued, the total number of permits reached 493 permits during August 2018, recording a monthly decrease of 32.4%.

The bulletin also highlighted that the total number of registered new vehicles during August 2018 reached 3,818 new vehicles. The figure showed a monthly decrease of 17.4% and an annual decrease of 29.6%.

Statistics in Qatar in August 2018 at a glance