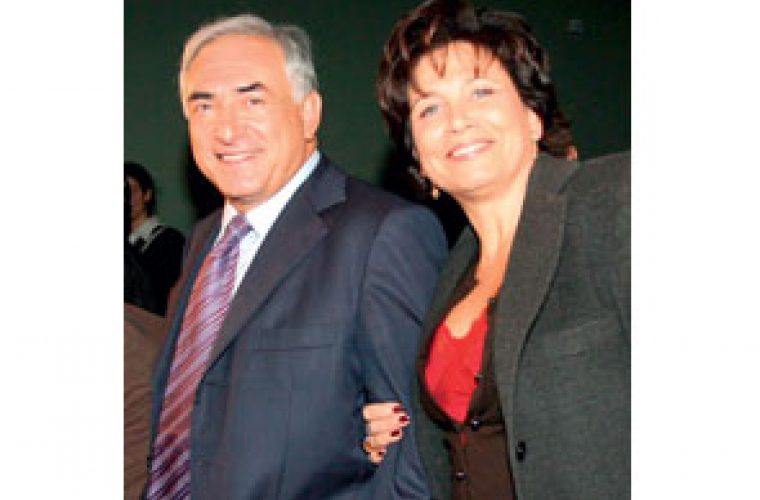 Dominique Strauss-Kahn, head of the International Monetary Fund (IMF) and the French left’s great hope for president, has been arrested and charged with sexually assaulting and attempting to rape a maid in a New York hotel. Strauss-Kahn, 62, was taken from the first class cabin of a Paris-bound Air France flight on the tarmac at JFK airport by plainclothes officers before Manhattan police formally arrested him on charges of criminal sexual act, attempted rape and unlawful imprisonment. New York police spokesman Paul Browne detailed the allegedly brutal attack on a woman at the Sofitel New York on West 44th Street in the heart of the theatre district, where Strauss-Kahn was staying in a $3,000 a night suite. The 32-year-old woman told police she entered Strauss-Kahn’s room at about 1pm. Browne said: “She told detectives he came out of the bathroom naked, ran down a hallway to the foyer where she was, pulled her into a bedroom and began to sexually assault her, according to her account. She pulled away from him and he dragged her down a hallway into the bathroom where he engaged in a criminal sexual act, according to her account to detectives. He tried to lock her into the hotel room.” By the time police arrived, Strauss-Kahn had left the hotel, leaving behind his mobile phone and other personal items. “It looked like he got out of there in a hurry,” Browne added. Strauss-Kahn, who does not have diplomatic immunity as head of the IMF, is expected to be brought before a state court today. His lawyer said he would plead not guilty. According to New York state law, a criminal sexual act carries a potential sentence of 15 to 20 years. Unlawful imprisonment carries a potential sentence of three to five years. The allegations threaten to severely damage the standing of the IMF, where Strauss-Kahn was leading the response to the global financial crisis. An IMF investigation in 2008 cleared Strauss-Kahn of harassment and favouritism over an affair with a senior colleague but deemed it a “serious error of judgement”. The charges have stunned French politics, where “DSK” was the Socialist favourite to beat Nicolas Sarkozy in next year’s presidential election. The woman who told police she was sexually assaulted by Strauss-Kahn has been employed for the past three years at the Sofitel and was a good employee, the hotel’s director told AFP. But Strauss-Kahn’s wife said she did not believe “for one second” the accusations. “I do not believe for one second the accusations brought against my husband. I have no doubt his innocence will be established,” Anne Sinclair, a well-known television journalist, said in a statement sent to AFP. Meanwhile, a French government minister has said he could not rule out that Strauss-Kahn’s arrest was the result of a set-up with political motives. “We cannot rule out the thought of a trap,” Henri de Raincourt, minister for overseas co-operation in President Nicolas Sarkozy’s government, said in an interview. Guardian News & Media Strauss-Kahn with his wife Anne Sinclair

There are multiple advertising possibilities with the ILQ network, drop us an e-mail at [email protected]ar.net for inquiries!