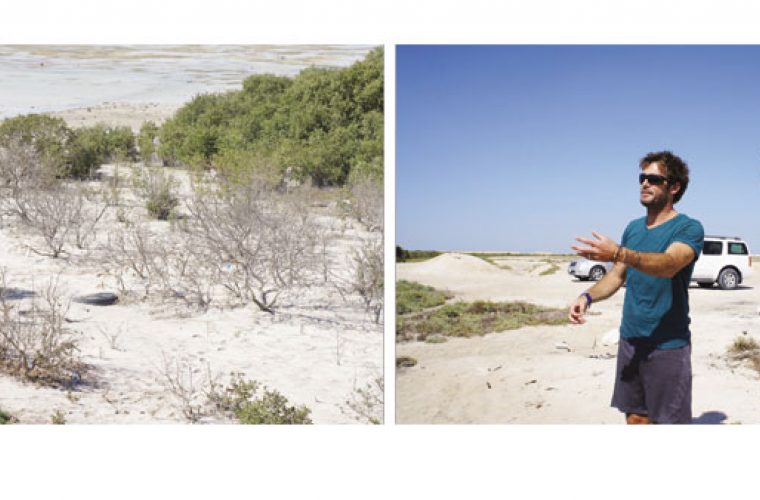 The mangrove clean-up project at Al Thakira and Al Khor on May 30 has received an “overwhelming response”, attracting some 400 volunteers from various expatriate communities.

More than 20 organisations and government agencies, including the Qatar Tourism Authority and Hamad Medical Corporation (HMC), have vowed to support the iloveqatar.net and Arabian Adventures Qatar partnered initiative in a bid to help protect the environment.

“We had hoped for around 100 volunteers but we have had nearly 400 registrations,” project leader Anri Taki told Gulf Times. “We had to close down registrations because too many people wanted to participate.”

“It’s absolutely heart-warming to see people of all nationalities banding together to protect one of the few natural green areas in Qatar,” she noted.

Although most of the registrants were individual, iloveqatar.net has received many requests from companies and schools to join the clean-up.

Taki said the response “reflects how much people care about preserving our nature”.

Besides the clean-up programme, organisers will educate the participants, especially young people, on the importance of the mangroves in helping to protect the environment.

“The project will get the ball rolling for people who participate to hopefully do their own thing too,” added Khalifa Saleh al-Haroon, CEO of iloveqatar.net.

The organisers, together with Paddle Qatar team, visited the site last week and discussed how to clean the area. They reminded volunteers to bring sunglasses, towels, sun protection cream and other vital items to make their cleaning more comfortable.

“Heat is one of the biggest concerns so if you bring children with you, please do so under your responsibility. Their health is the number one priority,” said al-Haroon, thanking the locals and expatriates who will participate on May 30. “I hope that the new generation will learn to be responsible.”

He suggested that signages should be put up at certain locations to remind people on the importance of cleanliness, hoping that more trash bins be placed around. “As we all say cleanliness is next to Godliness.”

Taki said that all supporters were expected to do their share: from providing an ambulance to collecting waste by trucks. Some groups will provide food and drinks, donate funds to cover costs and provide free bus transport.

“The list goes on. This is truly a collaborative effort,” noted Taki.

Iloveqatar.net is considering plans to organise and to join other groups for a similar project to encourage awareness and conduct more clean-up drives elsewhere.

“It’s disappointing that there are people out there who, while going out and enjoying beautiful locations like our deserts, mangroves and beaches, think it’s OK to leave a mess behind,” lamented Taki .