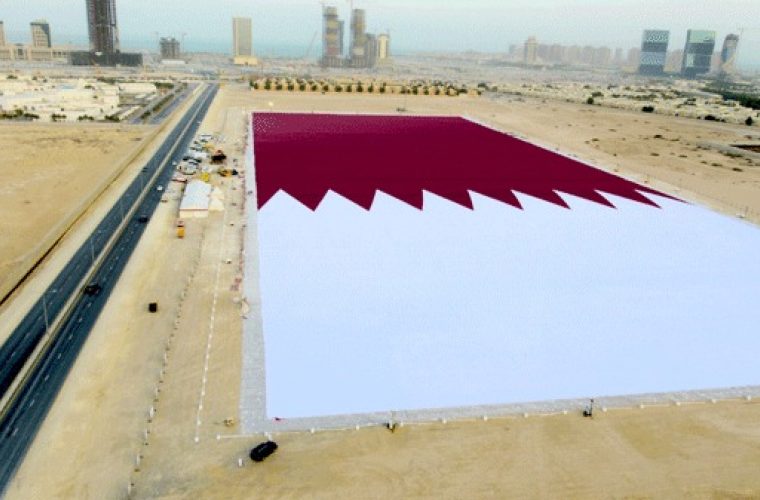 The Qatari flag that has created a world record will be on display for public viewing until Tuesday, Katara announced yesterday. “We have extended the deadline until Tuesday on public demand,” Katara said. The Flag of Gratitude and Loyalty campaign, a national project, is on display in Lusail, behind the Golf Club. Measuring 101,000 square metres, it beat the record holder Romania, which created a 79,000sqm flag last year. Meanwhile, Cultural Village Katara marked National Day decorating its facilities and hallways and hoisting Qatari flags everywhere. It organised programmes and activities which attracted citizens and expats of all ages. Children wore traditional clothes or military uniforms, highlighting their love and pride for Qatar. ‘Heritage Tents’ were erected in the village, along with a Childhood Cultural Centre’s tent with activities, including games, quizzes about Qatari history, antique cars and henna. Visitors recorded their feelings in the book of loyalty to expressing their love and gratitude to Qatar. In the Amphitheatre, the Emiri guards presented a concert of patriotic songs, which used to be sung while welcoming the Emirs, kings and presidents in the past. Military personnel presented a guard of honour while 14 horses from the Emiri guards were decorated with traditional ornaments. Seven of them walked along the Katara beach, four were for photo shoots, while the rest went around Katara. Lekhwiya also participated in the celebrations. The audience clapped and cheered as a team of parachuters landed at Katara. http://thepeninsulaqatar.com/news/qatar/265190/iconic-qatari-flag-on-display-until-tuesday