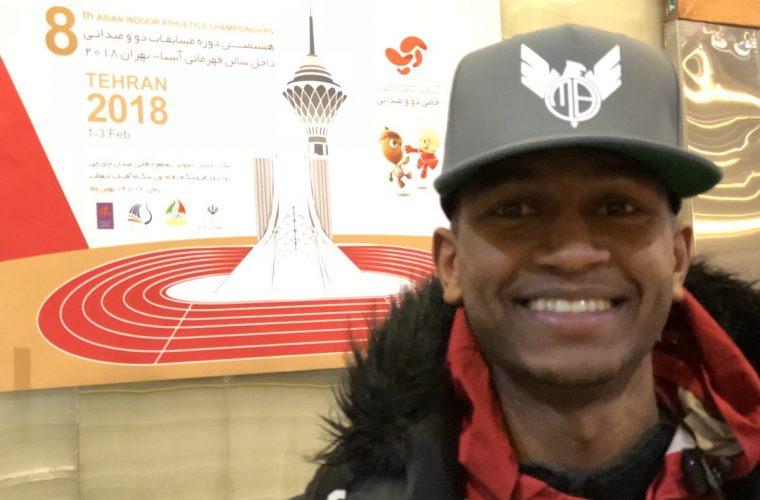 Mutaz Barshim gives Qatar another reason to celebrate as he won the gold medal in the high jump event on day one of the 8th Asian Indoor Athletics Championships in Tehran, Iran, on Friday. He also set a new championship record of 2.38m and world leading mark in his season opener.

Barshim, named the IAAF Athlete of the Year at the end of last season, jumped 2.38m to launch his 2018 campaign with a gold medal. Barshim’s team-mate Hamdi Al Amin (2.14m) bagged the bronze while Iran’s Jihani Zahid (2.25m) won silver.

"It's the second time I'm in Iran and Iran is a good place. I'm happy to win the gold medal, it's a very good feeling," Barshim said in an interview to Athletics Federation of Iran. "I hope in the future I set higher records, God willing," he added.

In other action, Qatar’s Yasser Salem picked up a gold in the 3000m while Tosin Ogunode bagged a silver in the 60m. Other gold medal recipients in the 800m and 400m races were Abubaker Haydar Abdalla and Abdalelah Harounn -- who are also representing Qatar. The third podium finisher for Qatar was Mohammed Nasser, who won the bronze in 400m. The consecutive winning streak brings the country's medals tally so far to seven.

Dr Thani al Kuwari, President of the Qatar Athletics Federation, congratulated the medal winners for the country and praised their dedication. He stressed that the achievements of the promising young generation of athletes were the fruit of the support of Qatar's wise leadership who spare no effort to provide all the support for their success.

Qatar’s Dahlan Al-Hamad, President of the Asian Athletics Federation, handed over the medals to the winner. More than 350 athletes from 25 countries are featuring in the four-day championship that is set to end today.