How Qatar has come out on top in the GCC crisis 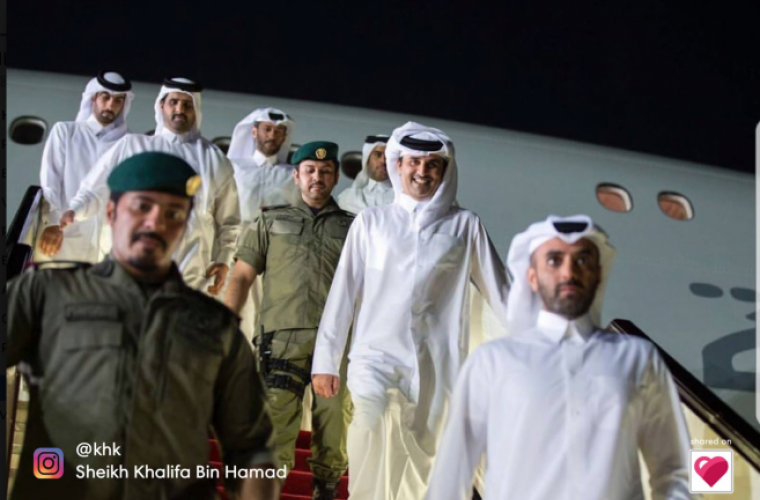 In the wake of what has undoubtedly been one of the worst crises among the GCC states, Qatar has found itself at the centre. It’s been nearly four months since Saudi Arabia, the UAE, Bahrain, and Egypt announced they were cutting ties with Qatar on June 5, 2017, accusing Qatar of supporting and funding terrorism and extremist groups – accusations that Doha has strongly rejected.

TheSaudi-led bloc of nations have gone to extreme measures to discredit Qatar and further their false accusations across the media through an outpouring of fake news against our nation. In turn the blockading countries have been accused of human right violations as mixed-nationality families have been separated, and pilgrims from Qatar wanting to perform the annual Hajj pilgrimage this year were not granted visas to enter the Kingdom of Saudi Arabia.

Qatar has faced a steep mountain, yet it has not resorted to any actions of hostility. Our country has stood firm and tall, staunch in its decision to reject any demands made by the blockading countries.

With the sudden expulsion of Qatari citizens from the Saudi-led bloc of nations, relations between the Qatar and these countries hit an all-time low. And while the extremity of the blockade has left the State of Qatar and many of its citizens and residents vulnerable, they’ve adopted a position of dignity and haven’t resorted to any bullying tactics in response.

To shine the spotlight on Qatar-UAE relations for a moment: the UAE is one of Qatar's largest gas buyers in the region, with nearly 40 per cent of the country's requirement for gas coming from Qatar. This supply is essential for the UAE to sustain itself. This puts Qatar in a position of power – as the simple decision to cut off the gas supply would lead to dire consequences for its neighbour.

If this were to have happened, the economy of the UAE could be hard-hit, as a mass exodus of migrant workers would lead to a staggering workforce halt. Qatari gas is essential – in fact, almost a life-line for the UAE’s economy as it depends hugely on imports of natural energy from Qatar.Yet Qatar decided not to limit the gas supply to the UAE, even though the Emirati government and media continue an endless tirade of fake news and bigotry towards Qatar.

Qatar has also not resorted to desperate media tactics as witnessed among the blockading nations. Egypt has been spreading false news across its media networks, not bearing in mind that up to 200,000 Egyptians work and live in Qatar and depend on its economy for their livelihood. Qatar could have additionally asked citizens of the blockading countries to evacuate, but decided instead to take the moral high ground. We as a nation understand that the actions of a country’s government does not always reflect those of its people and we bear our Saudi, Emirati, Bahraini, and Egyptian brothers and sisters no ill will.

Media outlets in the blockading nations have also tried to further stoke the fire by spreading rumours of unrest and a rebellion against the His Highness The Emir. Yet the people of the Qatar – including expats who make up the majority of Qatar’s population, have stood by His Highness in solidarity, with hashtags such as #TamimAlMajd, and #QatarSpeaksOut circulating widely, and stickers with the likeness of the Emir displayed on houses and cars alike.

A push towards self-sufficiency

HH The Emir, Sheikh Tamim bin Hamad Al Thani has given the people of Qatar the chance to explore more avenues of ingenuity in the wake of the blockade, which has led to a further push towards self-sustainability. His Highness has made it his aim to make Qatar self-sufficient through subsidies and new schemes to make setting up companies and factories in Qatar easier and more accessible, and promoting locally-made products.

Since the crisis began, Qatar has opened its doors to 80 new countries with visa-free travel– a bold step amid the crisis and one that our nation is immensely proud of. Also, with the opening of the new Hamad Port, Qatar will become a major global hub for trade shipments from across the world to our region.

Qatar has made a strong push towards an increased sustainability and self-reliance, and with close relations with trade partners Turkey and Iran, our country continues to build upon our regional ties, and expand its reach and influence. The biggest ‘win’ for Qatar amid this GCC crisis has been the strong outpourings of support from its allies across the world.

While the blockading countries have resorted to what can only be termed as bullying, Qatar refuses to respond with hatred or hostility. There’s no doubt that this crisis brings with it serious implications for the strength and solidarity of the GCC states moving forward. But with strong and resolute leadership, Qatar has shown the world how a small nation can stand tall in the face of adversity.

Qatar has shown to the world that no matter the size of the obstacle in front of us, we can prevail without losing our dignity or compromising on our principles. Qatar since day one has taken the route of the moral high ground, and the eyes of the world have taken notice of this leadership. We will prevail through this man-made crisis stronger than ever.

What are your thoughts on the Qatar’s position and stance in the GCC crisis? Drop us a line in the comments below and let us know your thoughts. Also, don’t forget to like and share this article.