Hotels ring in the season with tree-lighting ceremony 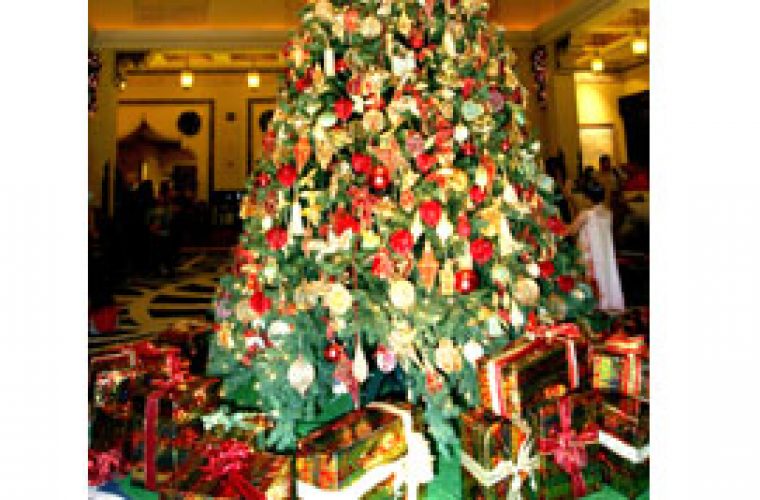 Two of Doha’s leading hotels have marked the official opening of the festive season with tree-lighting ceremonies. The Ritz-Carlton’s Christmas Choir entertained a sizeable crowd of guests yesterday as they witnessed the lighting of a Christmas tree. The choir resonated many popular songs such as ‘Jingle Bells,’ ‘Santa Claus is coming to town,’ ‘Ding Dong Merrily on High,’ ‘Silent Night’ and ‘Carol of The Bell.’ Dressed in classical red and white costumes with Santa hats, the choir performed at the hotel’s lobby for guests, whilst they indulged in hot chocolate, Christmas cookies and eggnog. Santa was also in attendance to greet the children and distribute gingerbread cookies. The Ritz-Carlton, Doha choir is composed of staff from many different nationalities and departments, and headed by Ricky Manio from sales and marketing. The choir is also scheduled to perform on December 21 to 23, from 5pm in the Lobby Lounge and 7pm at The Lagoon. They will also make an appearance on December 24 at 5pm in the Lobby Lounge and on December 25 at 1pm in The Lagoon and 7pm in the Lobby Lounge, respectively. The Christmas tree-lighting at Sharq Village and Spa, was held on Friday, in the presence of a large number of guests. General manager Hossein Vetry lit the tree, marking the start of the Christmas season and countdown to the New Year. A choir rendering Christmas Carol classics added the right ambience to the event. The performances are scheduled every afternoon in the run up to Christmas. http://gulf-times.com/site/topics/article.asp?cu_no=2&item_no=330201&version=1&template_id=36&parent_id=16