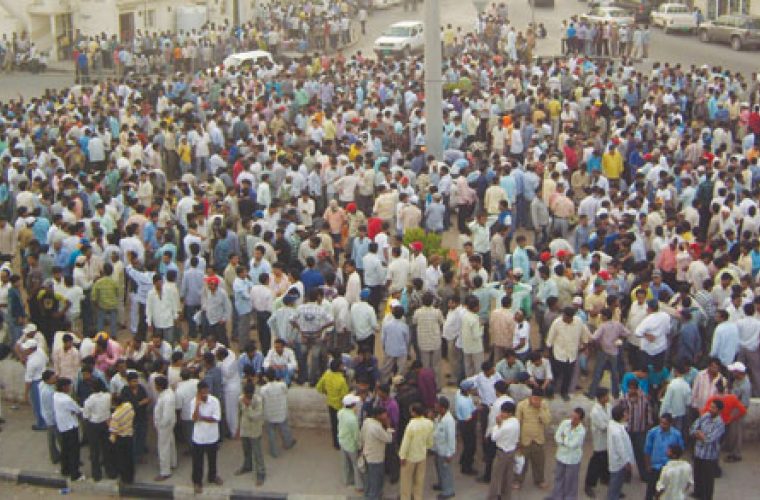 Rumours that the government will make an important announcement next month on amendments to Qatar’s sponsorship law have kindled hope as well as caused worry among different sections of the country’s population.

The over 1.8 million expatriate workers in Qatar expect the amendments to brighten their prospects. However, the private sector and a section of citizens are worrying whether the country would compromise with their respective interests to please the international community.

The Foreign Minister, H E Dr Khalid bin Mohamed Al Attiyah, during a recent visit to Germany, said that Qatar was taking steps to “improve the living conditions of foreign workers”. Last October, the chairman of the National Human Rights Committee (NHRC), Dr Ali bin Simaikh Al Merri, stated that the government was about to receive the recommendations of a special committee set up by the State Cabinet to study the sponsorship issue.

If the rumours turn out to be true, the new sponsorship law or labour law will make it easier for many expatriates to switch jobs. The much-criticised exit permit will also be scrapped. Skilled workers and professionals will no longer be required to obtain a no-objection certificate from their employer to take up a new job, provided they get clearance from a competent government body or the Ministry of Labour.

Media reports about imminent reforms in the sponsorship law have lifted the spirits of expatriates.

In contrast, the private sector, which hosts nearly 90 percent of the country’s expatriate labour force, is worried.

“We will have no problem if the government makes amendments in the existing sponsorship law and exit permits rules so long as Qatari private businesses are protected”, said Remy Rowhani, CEO and Director General of Qatar Chamber (QC), the oldest and largest representative body of industries and businesses in the country.

Rowhani said that QC was working closely with the committee set up by the government to study possible amendments in the sponsorship law.

“We don’t know what exactly is in store. We have serious concerns on reports about the exit permit system being scrapped. In most companies it is expatriate professionals who take care of the daily cash flow. We must know about their travel plans in advance. No exit permit means these people can leave the country any time without our knowledge. There is huge risk involved in it”, said another top Qatari business leader. “We are not against lifting the exit permit rules, but there must be some checks and balances”, he told The Peninsula.

Qatar’s sponsorship law has come under attack from international rights groups mainly on two counts — its restrictions on expatriates changing jobs, and the requirement of an exit permit to leave the country.

A country like Qatar, where foreigners make up more than 85 percent of the population, needs to take precautions to ensure its socio-economic security, said prominent Qatari lawyer Yousef Ahmed Al Zaman.

The current law is meant to serve this purpose, he said. The criticism by international rights watchdogs is based mainly on the acts of some erring companies. What the country needs to do is to bring them into line rather than go for an overall change in the law, he added.

“I would suggest the government loosen up the sponsorship law rather than go for an overall change in the existing system. Many people believe that Bahrain has totally changed its old sponsorship law. That’s not true. The old system is very much there. What it did in 2009 was to just relax the existing law. Qatar can act on the same lines”, he said.

Another section of Qataris believes that the problem is that international rights bodies do not differentiate between migration to the GCC region and migration to the West. The ultimate aim of many migrant workers in Western countries is to become citizens of the host country. However, the typical migrant worker heading to the GCC states only hopes to earn as much as possible before returning home. In Bahrain, Kuwait, Qatar and the United Arab Emirates, foreigners represent the vast majority of each country’s total population. Unrestricted movement of the large expatriate populations in these countries may pose a serious threat to these countries’ Arab-Islamic identity, they argue.

Qatar, the host of the 2022 Fifa World Cup, is facing tremendous pressure from the international community, especially human rights watchdogs and Fifa, for amendments in its laws to protect the interests of foreign workers.

During a recent visit to Qatar, a team from New York-based Human Rights Watch (HRW) urged the Qatari leadership to disclose details of the proposed reforms and set a time frame for their implementation.

The human rights watchdog expects the reforms would start with some basic things like changes in the exit permit system.

“We hope Qatar would take the lead for reforms…. We are optimistic because of our working relationship. We hope ultimately the reform is going to be visible. Some basic reforms will lay the foundation for substantial reforms,” HRW’s Middle East Consultant, Nicholas McGheehan, told The Peninsula.

“We would like to see a time frame for whatever reforms are put in place. We understand the reform will be an incremental process. We want things to move step by step. Start with the easy things, like the exit permit system, which is doable, practical. And there is no reason why it would impact the commercial community,” said McGheehan. 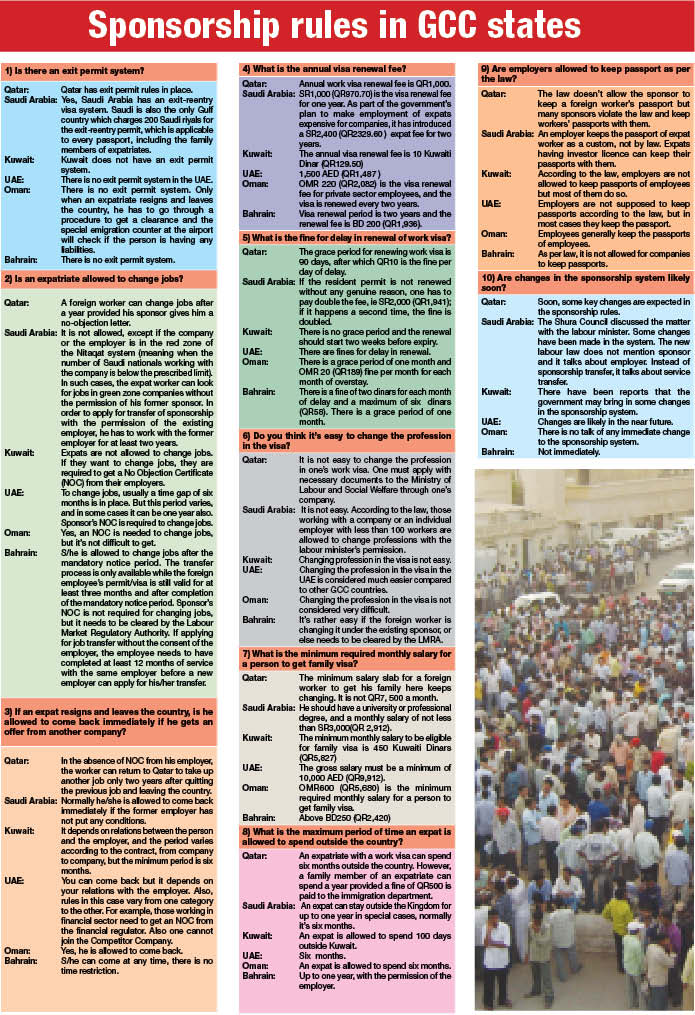