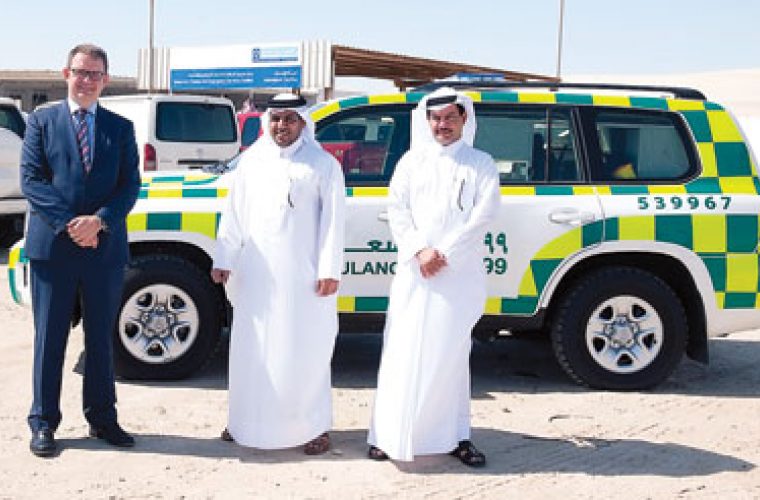 The Hamad Medical Corporation (HMC) has opened its ambulance and emergency centre at Sealine. The Center will provide medical services to visitors to this key tourist spot during the camping season and spring holidays. Rashid Andaila, public relations manager for the Ambulance Service, said the centre is equipped with seven ambulances, three being new fully equipped state-of-the-art 4x4s able to reach rugged and remote areas. Each 4x4 ambulance is staffed by three paramedics. “The Sealine area is also covered by LifeFlight helicopters, where a helipad is located beside the ambulance and emergency center,” said Andaila said. “In addition, ambulances will be stationed in several locations to cover camping sites in the area for the entire season.” Representing HMC at the official opening last week were Ali Abdullah Al Khater, Executive Director of Corporate Communications, Mohammed Hussein Al Kubaisi, Executive Director of the Managing Director’s Office, Dr Robert Owen, Executive Director of Ambulance Service, Abdullah Al Khalaf, Director of Public Relations and Hassan Al Hail, Director of Media. Dr Muhammad Ghareeb, Medical Services Supervisor at the Sealine Ambulance and Emergency Center, said the Center can provide first aid treatment for campers and is staffed by a physician and nurse. “The clinic will be open every weekend from 3pm on Thursday to 5pm on Saturday until the end of the camping season. Also, during official holidays, such as school vacation periods, it will be open daily to deal with any medical emergencies,” said Ghareeb. http://thepeninsulaqatar.com/qatar/258837-hmc-opens-sealine-emergency-centre.html