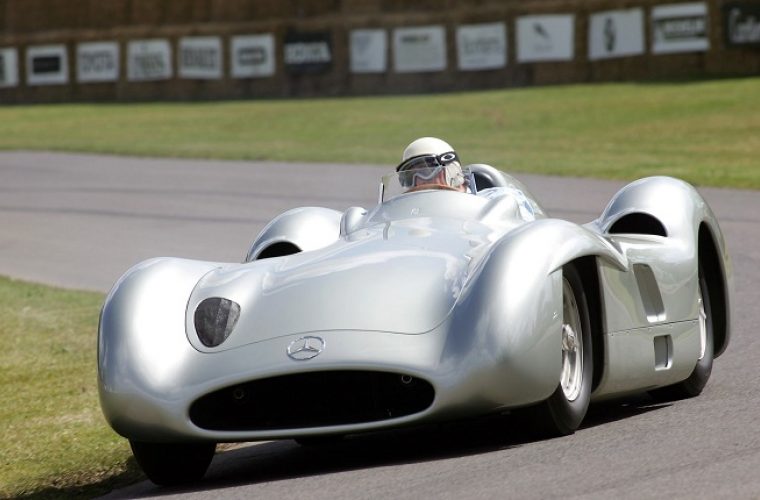 The ruler of Qatar has sold a vintage Mercedes-Benz that was driven to two Grand Prix victories at auction for $30m. The silver W196, in which Juan Manuel Fangio won the 1954 French Grand Prix, was acquired by the Qatari emir from German industrialist Freidhelm Loh eight years ago. Part of Bonham’s 20th anniversary ‘Festival of Speed’ in London, the 180 mph racer did not carry a formal valuation at auction, but was expected to surpass a previous record of $16.4m that was handed over for a 1957 Ferrari Testa Rossa two years ago. The buyer of the 2.5 litre W196 was an overseas bidder via telephone, who beat six other bidders, Bloomberg reported. “You’re in a club of one with this car,” Dave Kinney, publisher of the Hagerty Price Guide, told Bloomberg prior to the auction. “You can’t race it with your fellow Ferrari GTO owners. It is a very significant piece of Grand Prix history. While its future use-potential is slight, it exudes the history of perhaps the greatest era in racing.” - See more at: http://www.qatarchronicle.com/life-style/34175/hh-the-emir-sells-vintage-grand-prix-racer/#sthash.XV9h41Fq.dpuf