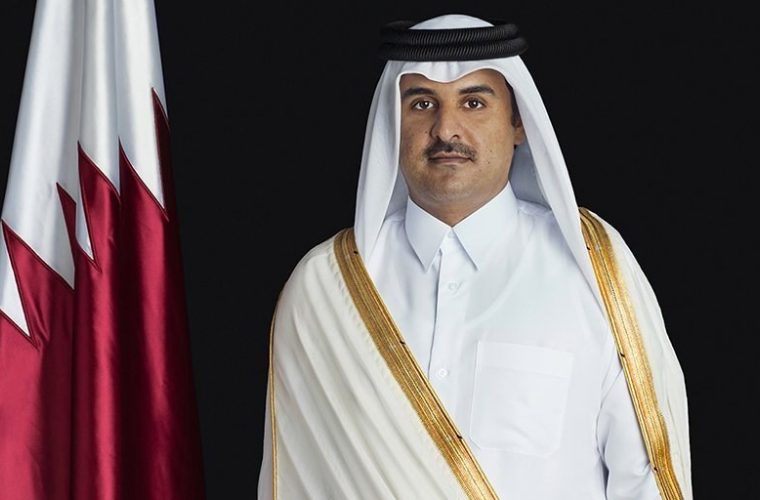 The Amir H.H. Sheikh Tamim bin Hamad al Thani will deliver a speech at the opening session of the UN General Assembly (UNGA) on Tuesday. In assertion of Qatar's full support for international institutions and organs, the Amir's speech is expected to touch on Qatar's firm constants and its positions towards key Arab and international issues, reported QNA.

The Amir's participation in the meetings of the UNGA stems from his keenness that Qatar participate in all international events at all levels, aimed at discussion of key issues, finding ways to address the challenges facing the humankind and developments throughout the world, and to bring about peace and ensure human rights everywhere.

The Amir's participations in the opening sessions of the UNGA every year reflects his keenness on projecting an honourable and shining image of Qatar and its people, its rich civilisation, its distinguished relations with various countries and its status among the leaders and representatives of various countries.

This is the second time that the Amir will speak from the United Nations rostrum, while the country is being subjected to an unjust siege. The siege was preceded by a campaign of fabrications and false accusations that no one has believed. Despite this unjust siege, Qatar has been able to continue its march on the path of development riding out the siege effects, thanks to Allah and to the solidarity and unity of the people behind its leadership as well as the steadfastness and adherence to the sovereignty and independent decision of Qatar. Qatar did not stop at overcoming the siege and its repercussions, but also succeeded in moving towards broad horizons of cohesion, solidarity, creativity and production, and was able to transform the adversity of the siege into an opportunity that unleashed the potential of Qataris and all those living here. Qatar is now producing its food and has managed to meet industrial and economic needs in a manner that has won admiration of all loyal to this country.

Despite all the pain inflicted upon the people by this siege, Qatar will always be keen to pursue dialogue as a way to resolve and settle any differences away from pressures, dictates and conditions, and on the basis of mutual respect and mutual commitments. There is no doubt that the Amir's speech before the UNGA is an opportunity to reaffirm all the human values and principles that Qatar believes in and pursues to achieve peace, security, stability and development all over the globe. HH the Amir's speech also provides the opportunity to convey and highlight the reality of the Qatari position, which is subjected to a campaign of lies and fabrications trying to link terrorism with Qatar, while the truth is that the country is keen to work and cooperate with various United Nations bodies related to combating terrorism. To this end, Qatar followed a comprehensive approach involving the consolidation of a culture of peace, tolerance and dialogue among civilisations, cultures and religions. At a time when Qatar condemns all forms of extremism and terrorism, it is keen to distinguish between terrorism and the legitimate struggle of people for their rights and independence. Qatar also refuses to deal with this phenomenon by double standards or the perpetrators' identity. The entire international community attests to the efforts of Qatar and its role in combating terrorism. The latest testimony in this regard was that issued by the US Department of State a few days ago, when it lauded the efforts made by Qatar in the fight against terrorism and its financing over the past year. It said in its annual report that Qatar is an important and active partner in this regard with the United Nations and international and regional organisations, and implemented a strategy to counter violent extremism by promoting education in poor communities. It is expected that HH the Amir's speech will renew Qatar's firm stance towards the Arab, Islamic and international issues and rights and ways of settling the conflicts that the world is facing. In this context, Qatar believes that the Middle East issues are the most serious threats to international peace and security, because this region is of vital importance to the world.

Qatar also supports the cause of the Syrian people and calls for working seriously to reach a political solution to this issue in a manner that meets the aspirations of the Syrian people for justice, dignity and freedom and preserves Syria's unity and sovereignty. Qatar also calls upon the international community to cooperate and work to prevent the impunity of war criminals wherever they may be. On Yemen's issue, Qatar affirms in all forums and events the importance of preserving Yemen's unity, achieving its security and stability, ending fighting and war, and adopting dialogue, political solution and national reconciliation as a basis for ending this crisis and implementing the relevant Security Council resolutions. Qatar calls for making every effort to resolve the Libyan issue in a manner that preserves Libya's unity, sovereignty and social fabric and reinforces its stability, through concerted local and international efforts. Since maintaining regional and international peace and security is a priority in the foreign policy of Qatar which based its principles and objectives on the Charter of the United Nations and the rules of international law, HH the Amir's speech is expected to address other issues outside the Arab region, including the issue of violence against Rohingya minority and the need to protect them, ensure the return of displaced people to their homes, prevent sectarian or ethnic discrimination against them, ensure their full rights as citizens, and provide them with humanitarian assistance, so as not to leave the oppressed people to face their destiny alone and the law of jungle and oppression to prevail in the international arena.

HH the Amir's speech will certainly reflect Qatar's adherence to its principles and that Qatar will continue its domestic, regional and international policies in accordance with the principles of peace and international law, and will spare no effort to strengthen the role and efforts of the United Nations to achieve the peace and security that the international community aspires to, promote human rights, accelerate development, and continue its mediation efforts to find peaceful solutions in conflict areas, as this is a priority of Qatar's policy. Qatar will remain keen to protect human rights everywhere, and this has become a strategic choice and forms the backbone of its comprehensive reform policy. This has been reflected in its foreign policy through its rapid provision of humanitarian aid and support to all those affected in conflict and affected areas all over the world without exception.

The Qatari humanitarian work will continue to be an example to be followed in the world, and has clear fingerprints which made that work a beacon for humanity, healing the wounds of affected people in all areas. (QNA)