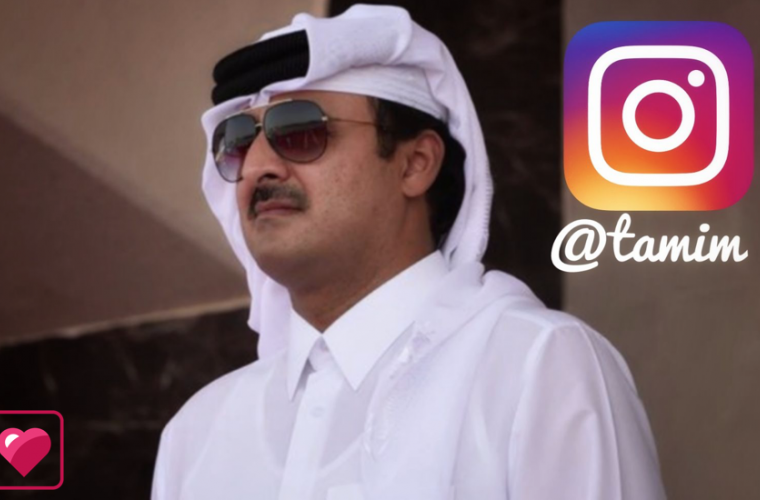 Everyone was shocked when the then 34-month-old Twitter account of Qatar's Emir HH Sheikh Tamim bin Hamad Al-Thani posted its very first tweet exactly on Qatar National Day last year. From that day on, the Emir's Twitter handle has been buzzing with updates mainly with news relating to international ties. HH Sheikh Tamim's Twitter was created March of 2015 and has currently amassed a total of 165,000 number of followers at the time of writing.

His first tweet translates to: "On the day of Qatar National Day, we remember the sacrifices of our fathers and grandfathers for the sake of the glory of the nation. We commend the determination of the people of Qatar to defend their country's independence, achievements and principles."

This Sport Day, besides biking on the towers area in Doha Corniche early morning to promote health and fitness, the well-loved Emir of Qatar has also made his way to yet another widely-popular social media platform -- Instagram!

His first Instagram post -- which shows him riding a bicycle in the Corniche area -- was posted approximately 12:00 noon today and has already garnered 24,000 likes after just 6 hours! The Emir's caption says: "In Qatar Sport Day, the country is transformed into a sports arena in a scene that shows the growing awareness of the importance of sport."

With the addition of Instagram in the Emir's ever-growing social media involvement, the people of Qatar will be able to follow him even more closely. His account @tamim is raking up tons of followers at the time of the publication of this article. He already has over 40,000 Instagram followers and this number is expected to rise sharply in the coming hours. His official Facebook account is doing well in the followers game too, with almost 216,000 followers under its belt.

What was your initial reaction upon learning that Sheikh Tamim is now officially an Instagrammer? Are you expecting him to join another social media platform -- maybe Snapchat -- on the next public holiday as he is apparently following such trend? Drop us a line in the comments below and don't forget to like and share this article!