Here’s what you missed at the 2017 Qatar British Festival! 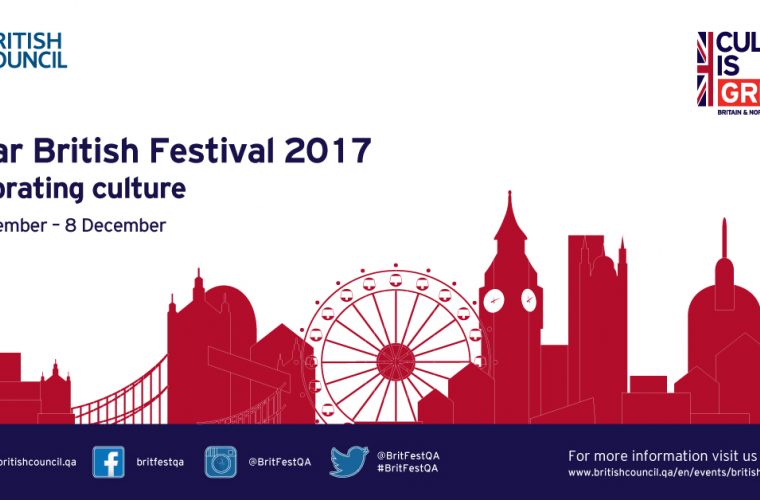 There were more than a few memorable highlights at this year’s edition of the Qatar British Festival! From cultural exhibitions, to musical showcases, and even a City of Play, this annual event is organized by the British Council Qatar with the support of its community and cultural partners and the British Embassy in Qatar. The Festival showcased a range of activities geared towards highlighting the collaborations and influences shared between Qatar and Britain, with an emphasis on activities for children and youth.

Here are a few of our favourites from this year’s festivities!

This imaginative architectural exhibition at Qatar University highlighted the prize-winning teams from the Doha Unlimited Design Award 2016 and their interpretation of a transformed old Doha. In partnership with Qatar University and the University College London Qatar, the prize was awarded by the British Council Qatar under the theme of ‘The Open City’, where UK- and Gulf-based designers took part in a one-week design residency that zeroed in on addressing issues of mobility and accessibility of movement in Doha.

Streets of Doha | City of Play | the Maze

Set up on the Katara Esplanade, the British Festival’s City of Play was all about youth exploring the traditional cultural heritage of Doha. Click the link above to check out our video as we get lost in the culture maze – filled with interactive games and stations where children (and adults alike!) could explore the Streets of Doha as they once were. The little ones could also try their hand at street collages and design-your-own-space activations throughout the maze – but let’s be honest, the big kids had just as much fun!

Collaborating with Doha Film Institute’s popular Ajyal Youth Film Festival this year, the British Festival Qatar saw young film judges from the UK and around the world take part in the Ajyal jury which selected this year’s winning feature and short films! At Eye Level, The Breadwinner, and Loving Vincent took home the top honours for feature film at this year’s event, while Sing, Mare Nostrum, and All of Us took home the top prizes for best short films.

The Sheikh Faisal Bin Qassim Al Thani Museum was the venue for a Healthy Lifestyle UK Alumni networking event on December 2, 2017, attended by 200 alumni members in the presence of H.E. Sheikh Faisal Bin Qassim Al Thani, the British Ambassador, and other VIPs and inspirational figures. The focus was on ways to improve lifestyle and make it more healthy, reflecting Qatar’s five-year health strategy The audience was entertained in by Mr. Q, -- aka Mr. Khalifa Al Haroon, as the Master of Ceremony of the evening. Guests got to enjoy and explore the museum through a scavenger hunt and, later, a guided visit of the Treasury.

Rounding out the event line-up for the 2017 Qatar British Festival was a spectacular Closing Gala Concert performance by the Qatar Philharmonic Orchestra of Gustav Holst’s The Planets led by iconic British conductor James Shearman and featuring additional compositions from British film scores, plus a world premiere of new music conducted by Qatari composer Dana Alfardan.

Performing to a full-house, highlights of the evening’s repertoire included the haunting strains of the otherworldly Planets, a musical medley from James Bond classics, Dana Alfardan’s score for Necromancer, and the first world public performance of music from her new score for the upcoming British film, A Paper Heart – a biopic on the life of writer Jane Austen.

This awesome community film festival is still ongoing, and one you can enter using your smartphone or tablet and encourages budding filmmakers in the Gulf and the UK to showcase their work to thousands of people online. If you’ve got a big idea, all you need to do is create a short film under three minutes and submit your entry to their team using the webform found here! Excited about this news? Tell your friends by taking part in the conversation using the hashtag #keepitshort or #خليهاقصيرة.

Over the course of the festival, 500 people enjoyed the British Festival Tea Time at the Shangri-La Hotel, Doha as the Doha Singers, with the International School of London, played to a capacity audience of 600 people for their festival concert ‘Jingle All The Way’.

What were your favourite memories of the 2017 Qatar British Festival? And what do you hope to see more of for 2018’s edition? Drop us a line in the comments below and tell us! Also, don’t forget to like and share this article!

Images courtesy of the British Council