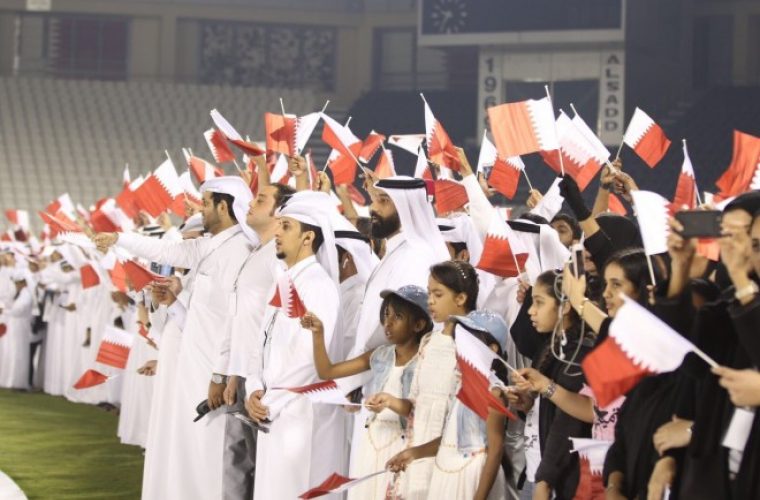 On Tuesday, July 25, 2017, 2,000 citizens and residents of Qatar formed a ‘Tamim Al Majd’ human mural at the Al Sadd Sports Club by holding a wooden piece of the icon to collectively form what is now the iconic portrait of His Highness.

Organized by the Qatar Foundation for Social Work and the Qatar Cultural Heritage Center, the event brought the community together as participants expressed their heartfelt gratitude for the leadership of His Highness, and the extent of love and sincerity that the Qatari people feel towards their homeland.

It has been almost two months since the blockade and the residents of Qatar have used this iconic image as a symbol of solidarity. We see cars with the stickers, banners, tshirts, phone cases and even the temporary change the mobile network name to “Tamim Al Majid”.

Another similar human mural event took place on 24 July 2017, which was organized by the Community College of Qatar, here are some images and a video.

What are your thoughts on these recent displays of community solidarity, national pride, and patriotism? Drop us a line in the comments below and don’t forget to give us a like and a share -- it keeps us going!