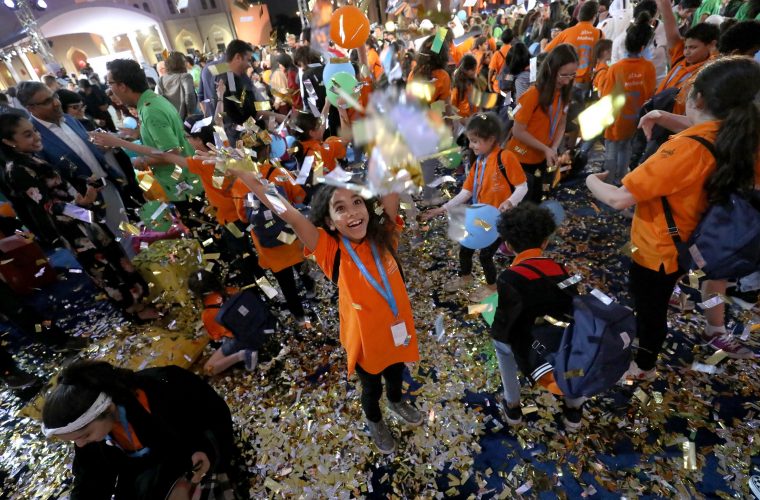 The 5th Ajyal Youth Film Festival kicked off on Wednesday, November 29 at Katara Cultural Village, as guests from different age groups got the chance to discover a world of cinema presented by the Doha Film Institute. The Festival showcased 103 films, including 20 full-length features from 43 countries around the region and the world. And, of course, the festival wouldn't be complete without the juries of youth ages 8 to 21 years-old that were divided to 3 categories named MOHAQ, HILAL, and BADER.

From over a thousand applicants, only 550 got the chance to have a one-of-a-kind jury experience by watching a great number of films and meeting the worldwide filmmakers and international actors who were a part of them. The Festival also welcomed international jurors from countries including Italy, Armenia, Georgia, Turkey, Oman and more, voting for their favourite films across different categories.

Highlights of the 5th Ajyal Youth Film Festival also included a variety of workshop sessions presented by professional speakers in the movie industry. Ajyal jurors had the chance to meet world movie stars Kaya Scodelario, Sophia Bush, and Saara Chaudry, while having the opportunity to share with them their thoughts about film in general and learn from their mentorship in the industry.

A fun new addition to this year’s Ajyal roster was Geekdom – the best place to visit for comics, cosplay, and anime-lovers; while the exhibition of LeBlockade aimed at embracing Qatari culture and its present experience through art.

Hosted throughout Katara Cultural Village with entertainment and activities for families and amazing movie experiences for all ages, Ajyal brought the community together in celebration of film, culture, community, and expression. Panel discussions with interactive Q&A sessions encouraged dialogue and celebrated the diversity of voices in film.

In honour of its five-year anniversary, the Festival revealed five new elements that stand for Ajyal – Friendship, Joy, Films, Curiosity, and Empowerment. The symbolic character of this year’s Festival was the Ajyal falcon mascot, whose name was chosen as part of last night’s closing ceremony where the best moments of Ajyal were showcased and feature films At Eye Level, The Breadwinner, and Loving Vincent were honoured with the Best Film Awards, while Sing, Mare Nostrum, and All Of Us took home the prizes for Best Shorts.

The Ajyal Youth Film Festival wouldn’t be possible without its partners – Katara Cultural Village as its Cultural Partner, the Qatar Tourism Authority as Strategic Partner, and Occidental Petroleum Corporation and Ooredoo as Principal Partners.

For more details on the Ajyal Youth Film Festival, click here. See you at Ajyal in 2018!

So, did you visit the Ajyal Youth Film Festival this year? If so, tell us which film was your favourite and what you loved most about its 5th anniversary edition in the comments below! Also, don’t forget to like and share this article!