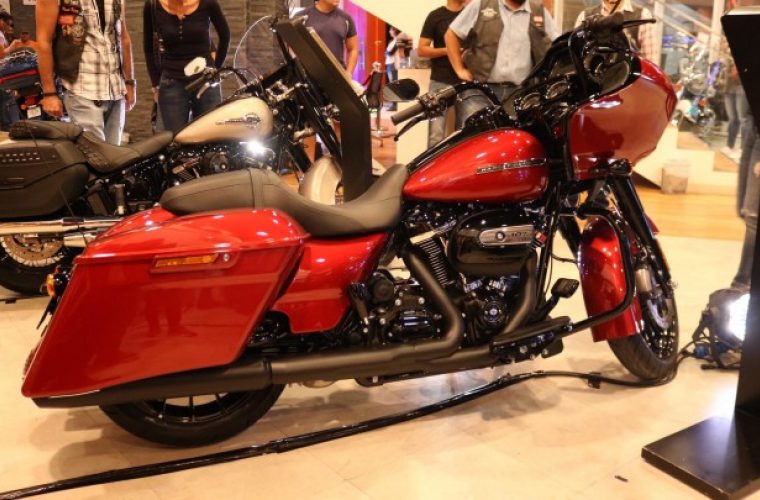 As a celebration of its 115th Anniversary year, Harley-Davidson Motorcycles launched five new limited-edition anniversary bikes, and eight all-new Softail® iconic models with a transformed design that marks the biggest change in 10 years. Each new cruiser motorcycle was totally redesigned from the ground up and all feature the Milwaukee-Eight™ with new groundbreaking technology and a new look, along with the new CVO 2018 models equipped with all the 117 Milwaukee- Eight engines.

The new Softail models are developed with the user in mind, and thousands of hours in research and testing to reach the most groundbreaking technology that gives the rider a whole new level of experience.

The Harley-Davidson Doha showroom was full of enthusiasts and Harley Owners Group members (HOG’s) who were treated to a great musical encore before the Qatar Chapter of the HOG’s announced its new Director Khaled Hammadi, Assistant Director Ziad Elsis, and Head Road Captain Mustafa Naser.

Be sure to drop down and see the friendly team, have a look around and check out the new anniversary-edition motorcycles. Want to know more about Harley-Davidson Doha? Click here.

Are you a Harley-Davidson enthusiast? Drop us a line in the comments below and let us know! Also, don’t forget to give us a like and share!