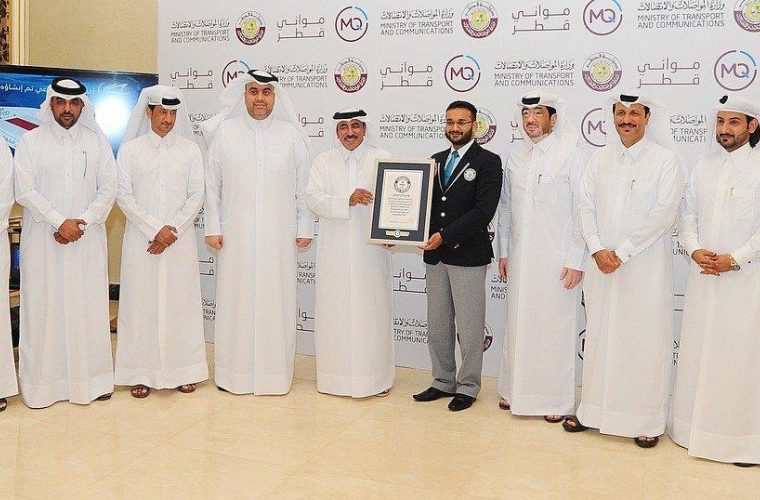 Hamad Port, Qatar’s gateway to world trade, has just broken a world record and has entered the Guinness World Records as the deepest artificial basin created on the surface of the earth, according to the Ministry of Transport and Communications.

Hamad Port's basin is 4 km long, 700 metres wide and 17 metres deep. Basin construction took about two and a half years of excavation, during which over 6,900 tons of explosives were used to challenge the drafts - with full commitment to preserving wildlife and marine life - to extract more than 44.5 million cubic meters of dredged material, which was later used in other construction works at the project, resulting in huge savings.

“Hamad Port winning of such a universal certificate signals the importance and size of the project. Such an achievement is a new addition to a collection of world records the country set at Guinness World Records. It also emphasises Qatar’s capability of developing innovative projects in line with highest global standards,” H.E. the Minister said.

“Hamad Port’s continuing achievements place us before a double responsibility toward our society so as to continue our performance according to world standards and our ambitious goals,” he added.

He also noted that since construction operations began at Hamad Port the latest technologies have been in use to ensure highly-efficient work progress in line with best global quality standards. The concerted efforts from both staff and partners have always been the key to the port’s milestones, he said.

This new Guinness World Records certificate is an addition to a collection of universal certificates and rankings the port has made recently as it was awarded high commendation in the Coastal Dredging Project of the year category at the inaugural IHS DPC Innovation Awards. The commendation was awarded to Hamad Port for the deployment of unique systems in the construction and excavation of the port basin, which was built on land in a rare operation of its kind in international ports in addition to its advanced infrastructure that supports the eco-friendly port technologies worldwide.

Hamad Port was also listed by the Lloyd's List Global Awards 2018 among the top eight international ports in the field of innovation and among the top five ports in terms of operations. The port was commended for deploying constructive initiatives and ideas, plus its efficient operational processes and overall unique performance.

In terms of operational processes, Hamad Port managed to set new records in August 2019, celebrating two key milestones; the handling of over 3 million TEUs and 7 million tons of general and bulk cargo since the commencement of operation of the facility.

Isn't this great news? Let us know your thoughts in our Comments section. Like and share the article - it keeps us going!