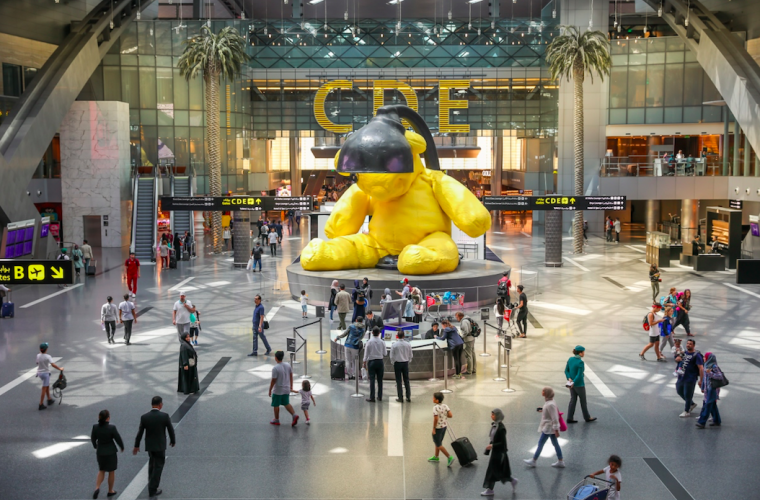 The second quarter 2018 report reveals that HIA has served 2,812,114 passengers in April, 2,434,611 passengers in May and 2,645,257 passengers in June, which includes passengers arriving, departing and transferring through HIA. The month of June has particularly been a busy one for Qatar’s airport with year-on-year growth of 12.56% in passenger figures and 8.9% in aircraft movements.

The second quarter of 2018 has been promising for Qatar’s airport hub, emerging strong since the blockade imposed on Qatar last year, confirming positive growth in addition to having achieved the ‘Best Airport in the Middle East’ award amongst other renowned recognitions earlier this year. HIA has contributed its efforts towards investing in facilities, services, staff and the newest technologies to provide a world-class passenger experience to its travelers.

HIA has reinforced its core focus in providing hassle-free and seamless passenger experience by recently announcing its industry-leading transfer security screening capacity and enhanced passenger satisfaction in its transfer areas with highly trained staff and shorter queuing times at security points. It is also enhancing its inclusive features in the terminal for passengers with special needs, including an additional special handling lounge.In collaboration with Qatar Museums, a new public art piece named ‘Cosmos’ by internationally acclaimed contemporary French artist Jean-Michel Othoniel was launched at the airport terminal, continuing to enhance the traveler’s experience and expanding the airport’s extensive art portfolio.

The airport’s continued success reflects HIA's operational excellence and ability to accommodate Qatar Airways' fast expansion as one of the fastest-growing airlines operating one of the youngest fleets in the world. Qatar Airways has a modern fleet of more than 200 aircraft flying to business and leisure destinations across six continents. Hamad International Airport is gearing to welcome more than 50 million passengers by 2022.