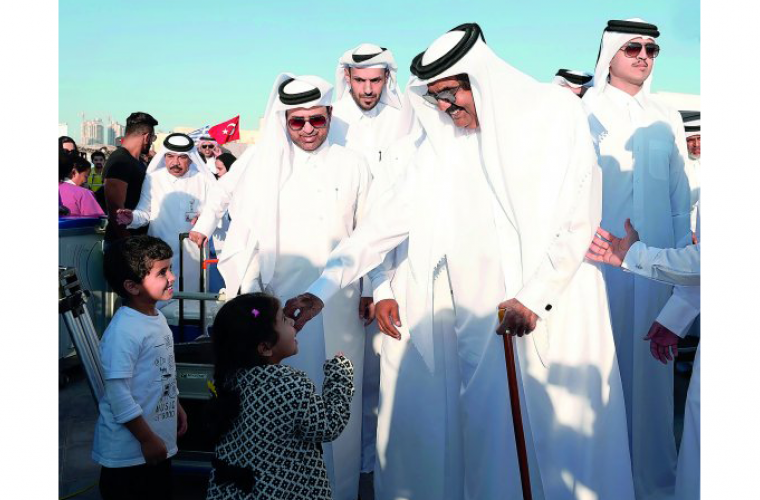 Apart from the handicrafts market and folkloric shows, the five-day festival features a massive exhibition of more than 70 traditional dhows in varying types and sizes.

Nine countries are taking part in the festival considered the most distinguished among the annual traditional and cultural festivals being organised by Katara which acts as a bridge between peoples and cultures. Stalls of the participating countries exhibit important aspects of their culture and traditions that are linked to the sea such as fishing and pearl diving implements, marine products, cuisine and folkloric shows.

A highlight of this year’s edition of the festival is maritime competitions carrying traditional names such as Hadaq, Shoush, Tafreesh, Tajdeef, Bareekha, Al Shira, Sabaha, among others in which big prizes are at stake.

An art competition focusing on sea traditions is held on the sidelines of the Festival offering impressive cash prizes. This year’s festival also focuses on shows such as maritime dances Saliya, Kharkhour and Ghazal as well as a stunning fireworks display themed on sea traditions and tells the story of fishing and pearl diving in the past.

The Festival also features demonstrations of pearl extracting from oyster and others as well as games and workshops for children. A cultural café with interactive discussions on sea traditions involving experts adds more colour to the Festival. In the mornings, the Festival is open to the general public as well as schoolchildren.