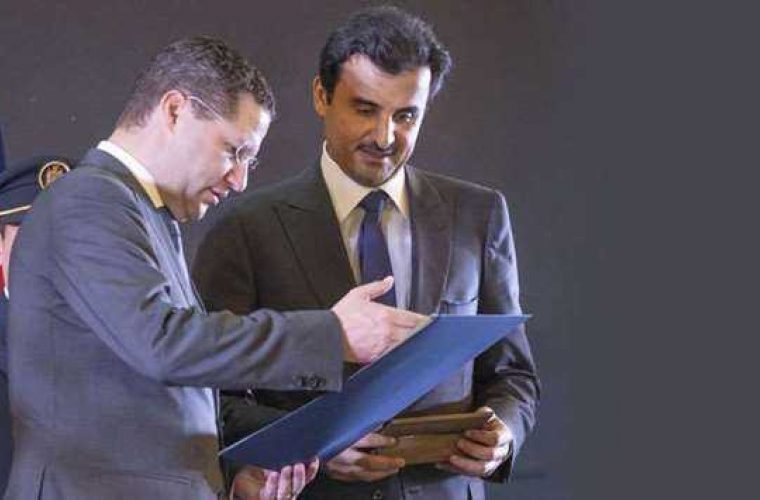 His Highness the Amir Sheikh Tamim bin Hamad al-Thani and Ecuador President Lenin Moreno witnessed the signing at the Presidential "Carondelet Palace" in Quito on Monday evening. The agreement in the field of environmental protection and nature is aimed at expanding and developing co-operation. An MoU was signed to establish the Joint Ministerial Committee for Economic, Commercial and Technical Co-operation aimed at developing ways of co-operation and relations between the two countries in the mentioned sectors within the framework of common interest and mutual benefit. Another MoU is for co-operation in the segments of youth and sports aimed at enhancing the exchange of visits between the two countries, and exchanging information and opinions on related areas. A joint declaration in the agricultural sector was signed between Qatar’s Ministry of Municipality and Environment and Ecuador’s Ministry of Agriculture and Livestock aimed at developing co-operation to increase the volume of exchange of agricultural products. His Highness the Amir and President Moreno also held an official session of talks. At the beginning of the meeting, President Moreno welcomed the Amir and the accompanying delegation, and expressed the hope that this visit would contribute to deepening and developing relations of the two friendly countries and to push them for further partnership and investment. President Moreno said that the meeting with His Highness the Amir dealt with ways to enhance co-operation in areas of common interest, especially in energy, infrastructure and other fields. For his part, His Highness the Amir expressed his thanks to President Moreno and the Ecuadorian people for their hospitality and warm reception accorded to him and the accompanying delegation. The Amir said that the relationship between the two countries is solid and strong and stressed that this visit will be a new start to further strengthen relations, especially in the economic and trade fields and in various domains. The Amir expressed Qatar's confidence in the Ecuadorian economy and the investment climate, and the outcome of the technical meetings in this regard. “Qatar’s investments are for future generations in Qatar,” declared the Amir who also praised Ecuador's positions toward the just issues in the Arab world. The expanded talks dealt with ways to strengthen the co-operation between the two countries in the political, economic and social sectors, where the Amir and President Moreno affirmed their keenness to promote the political dialogue between the two countries in addition to the effective co-operation in energy, tourism, infrastructure, environmental protection, youth and sports sectors. The Amir also discussed ways to activate the agreements and MoUs signed between the two sides in order to meet the aspirations of the two friendly peoples. In the regional and international arenas, the latest developments were discussed where His Highness the Amir and President Moreno stressed the importance of continuing close co-ordination on common issues at multilateral organisations and international forums such as the United Nations and the Group of 77. On the Middle East issues, President Moreno praised Qatar's firm stance towards the Palestinian issue, and Qatar's handling of the Gulf crisis, which he said should be resolved through dialogue and diplomatic means. At the end of the talks, the Amir invited President Moreno to visit Qatar, and he welcomed the invitation. The meeting was attended by the members of the official delegation accompanying the Amir. On the Ecuadorian side, it was attended by a number of ministers and senior officials. His Highness the Amir and the official delegation accompanying him met with President of the National Assembly of Ecuador Elizabeth Cabezas and its members, at the Assembly's building in Quito yesterday. The meeting discussed ways of strengthening the friendly relations and co-operation between Qatar and Ecuador in various fields, especially in parliamentary and legislative co-operation. The Amir is currently on a tour of four Latin American countries, which also covers Paraguay and Argentina.