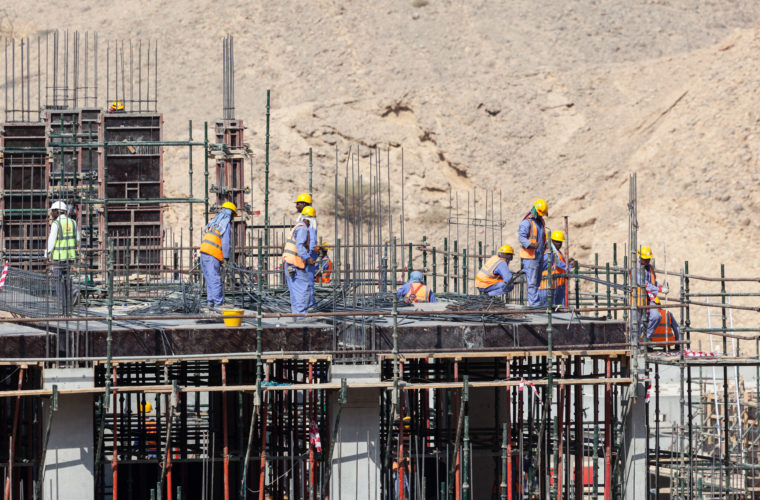 In response to The Guardian's article, the Government Communications Office has released an official statement on its website. GCO highlighted that "Unfortunately, of the millions of residents from India, Sri Lanka, Bangladesh, and Nepal who have lived in Qatar from 2011 to 2019, a very small percentage have sadly passed away."

Qatar's efforts in transforming its healthcare system were also mentioned as well as the consistent decline in mortality rate since 2010 as a result of health and safety reforms.

A recent report made by The Guardian has been trending online due to its misleading nature. The deceiving post claims that "more than 6,500 migrant workers from India, Pakistan, Nepal, Bangladesh and Sri Lanka have died in Qatar since it won the right to host the World Cup 10 years ago."

While the report presented the number of deaths of migrant workers from India, Bangladesh, Nepal Sri Lanka and Pakistan, it failed to cite how many of these people were working on World Cup projects. Because of this report, many took to social media to voice out their dismay. Some pointed out that it was written in a way that will manipulate readers into thinking that these deaths were because of World Cup infrastructure projects and not of any other causes.

This is false & is due to misleading reporting in The @guardian, which counted how many among 1.4 million people from 4 South Asia countries died in Qatar in the last decade. They then suggested they all died working on World Cup projects, which is false https://t.co/POh8F6Q1Eh

2- they don’t directly say that these people have died (God rest their souls) on World Cup projects but based on the title and the way it’s written they LEAD you to believe that. Some manipulative journalist there.

People die from old age, sickness, road accidents, work accidents , and yes even ‘rona. So based on The Guardian logic, If you’re Indian, die a happy life as an old man but you’re in Qatar then you’re “most probably an overworked laborer in a WC stadium”.

6- at least they put this in admitting that their data isn’t even clear. pic.twitter.com/CD7ZZpwfwp

This misinformation undermines @Guardian's cause for migrant worker rights in #Qatar - 6,500 dead workers would be 3,5% of the total population plus wrongfully implies that all Asian workers are blue collar - quite a racist statement https://t.co/RYNMS1cYWp

The @guardian in March 2020, 34 deaths related to the World Cup. Yesterday’s figure is in the thousands. Absolute lies. What next in summer, maybe 100,000 deaths?

I do hope this and all other hypocritical UK press go out of business. https://t.co/w31r4bUsA7

The guardian at it again, same spin as per previous that they had to correct/apologise for.
For example
Total number of Indians in Qatar: 691,000
Average annual No. of Indians dying in Qatar: 271
Death rate 0.000392
Current Yearly death rate in India: 0.00723#Qatar #Qatar2022 pic.twitter.com/KZoYcaHLJV

Have you gone through The Guardian's report? What are your thoughts about it? Do let us know in the comments below. Do share this article - it keeps us going!