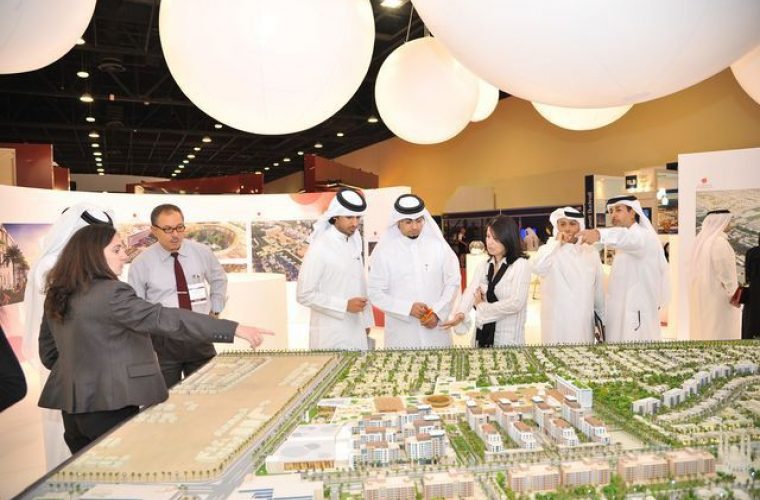 The Doha Exhibition Centre witnessed the unveiling of trailblazing projects from the country’s leading real estate companies at the launch of Cityscape Qatar 2013 yesterday. Barwa Real Estate Group launched three new flagship projects namely Oryx Island, Gulf Resort and Dara. While Oryx Island is an integrated pedestrian exclusive development which features luxury villas, an aqua park, and five floating hotels; the Gulf Resort is a 250 hectare site which features a natural harbour, three hotels and a shopping mall. Dara, on the other hand, is a 176,000sqm residential development located in Lusail. Ezdan Holding group announced their new projects including the VIP Village, the Smart villages, Al Shamal Complex and Al Rayyan Towers. Set to open in 2015, the Mall of Qatar (MOQ), unveiled their interactive model and the video fly through for the very first time in the presence of media representatives and the general public. In its second year, Cityscape saw nearly a 100 companies involved in real estate and construction sectors, coming from various countries including Turkey, Egypt, Qatar, UAE, Kuwait, Saudi Arabia, Belgium, Portugal, Bahrain, UK, Oman and Lebanon. Sheikh Khalifa bin Jassim bin Mohammed Al Thani, Chairman of Qatar Chamber, officially launched the expo. In his speech at the opening ceremony Sheikh Khalifa bin Jassim stressed on the importance of the real estate sector in realising Qatar National Vision 2030. “This exhibition and real estate summit comes at a time when Qatar is witnessing huge construction development. The real estate sector plays a significant role in any country’s economic development and this sector is an indicator that shows investors’ trust in the Qatari economy,” he said. He said the event is aimed at showing the development that has taken place and achieved in the real estate sector and enabling investors and those interested to know the available opportunities for investment in this sector including infrastructure projects that would take place in the near future. “All these come at a time when the country is preparing to host the World Cup 2022 and its needs for infrastructure projects which are going to be implemented according to Qatar National Vision 2030 which aims to diversify the economy,” he said. He lauded the Qatar real estate summit as the first of its kind which brings together the pillars of real estate sector and investors. Taking place alongside the Cityscape exhibition, the summit focuses on the theme “Rising to the Challenge: Transparency, Investment Models and Strategic Partnerships” with presentations from some of the foremost minds in real estate. Apart from the exhibition and the summit, the event also provides other platforms such as a number of roundtables, a master class and an awards ceremony which provides participants to meet, network and do business, said Nicky Mason, Chief Operating Officer of Informa Exhibitions, organisers of the expo. “Cityscape Qatar has reaffirmed itself as a premier real estate event in the country and has now established itself regionally in the real estate and investment community,” she said, adding Qatar is now a regional and international powerhouse in a variety of industries Soucre : Qatar Chronicle