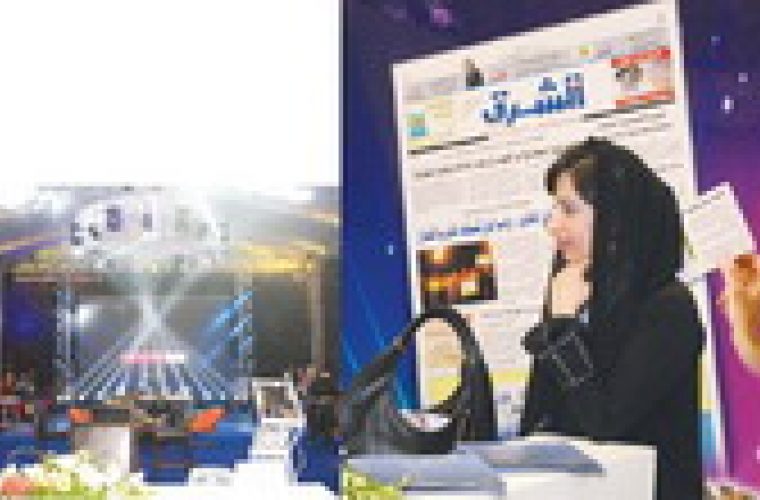 The governments in the GCC region are not to blame for impeding press freedom. If the print media is facing challenges in the region, the malaise is rooted in the differences among the various segments of society, a prominent media personality from Saudi Arabia said yesterday. Turki bin Abdullah Al Sedairi, who is an acclaimed Saudi writer and journalist since 1973, was speaking on ‘Gulf Press and Common Identity issue’ at a conference which was held on the sidelines of the ongoing Media Expo Qatar 2008 at the Qatar International Exhibition Centre. He said the challenges the press in the region faced can be successfully met by the media itself by raining public awareness. “It is the responsibility of the press to help bridge the gaps between the different segments of society,” he said. A large number of people had turned out to hear him and among them were Dr Ahmed Abdul Malik, Badar Al Tamimi, Hassan Al Jefairi and editor-in-chief of Al Sharq, Jaber Al Harami, and a host of journalists, including Hassan Abu Arafat, Dr Abdul Muttalib and Mohamed Ahmed Salem. Citing an example, Al Sedairi said that there are people in his home country Saudi Arabia who are against educational reform. But there are some who are supporting the reforms. The role of the media should be to act as a mediator. It should play a constructive role and should not instigate. The problem with journalists in the Arab world in the past has been that they did not play a constructive role. Many of them had to die in the cause of their profession. Al Sedairi described the current phase in the history of the GCC states as golden and said its citizens must take this opportunity to build their nations. “If they lose this opportunity, it wouldn’t knock at their doors again,” he said. There was a proactive question and answer session after the lecture and some people asked him why there were no journalist associations in the region. http://www.thepeninsulaqatar.com/Display_news.asp?section=Local_News&subsection=Qatar+News&month=December2008&file=Local_News2008121631453.xml