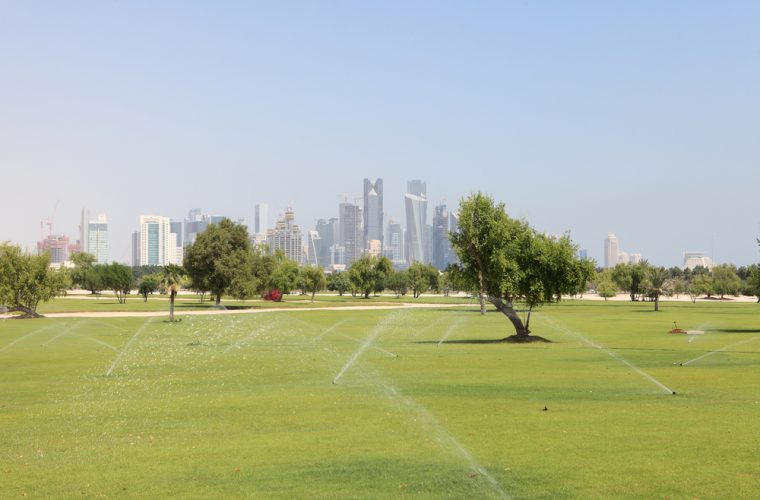 Expletive laden celebrity chef Gordon Ramsay is set to open up a restaurant in Qatar, The Peninsula has learned. Sources say the most likely setting for the notoriously finicky super-chef's restaurant would be The Pearl-Qatar, the massive waterfront development being carried out by United Development Company (UDC). UDC did not outright deny Ramsay would be setting up shop at The Pearl. Rather, in a terse response to The Peninsula, it said: “With regard to your request (for information), kindly note that such information cannot be disclosed, shared or be confirmed to press or public at this stage.” Contract negotiations with Ramsay's ‘people’ are believed to be taking place although information is not available as to at what stage the negotiations have reached. The 42-year-old Ramsay has shot to fame not only for his culinary skills but for his hosting several cooking-related programmes, including Hell's Kitchen where aspiring chefs are subjected to his firey kitchen routine. All his shows are seasoned with liberal uses of expletives and has sent many chef wannabes scurrying to alternative occupations. The acid-tongued chef has a total of 12 Michelin stars - a symbol of the arrival of a super chef -- and is the only person in the UK to hold three of the stars at any one time. Thanks to his television programmes and appearances in talk shows and the like, Ramsay is an internationally-recognisable face on a par with the likes of Wolfgang Puck, Sanjeev Kapoor, Nigella Lawson and Jamie Oliver. Ramsay is known for using the freshest possible ingredients in his cooking which may be a bit difficult in this country considering most of Qatar’s food is imported, mainly in frozen form. However, Ramsay’s indefatigable spirit will surely have worked a way out of that particular problem once his restaurant starts operations. Qatar's growing economy has meant blue ribbon brands like Ramsay - yes, he can be considered a brand -- are now making a beeline for the country. While most of the biggies are here in terms of areas like fashion and accessories, restaurant-wise, the country has been a bit lacking, barring the posh eateries housed in the five-star hotels. Ramsay has been quoted recently as saying he is considering basing himself in neighbouring Dubai, where he lends his name to Verre restaurant. The Pen