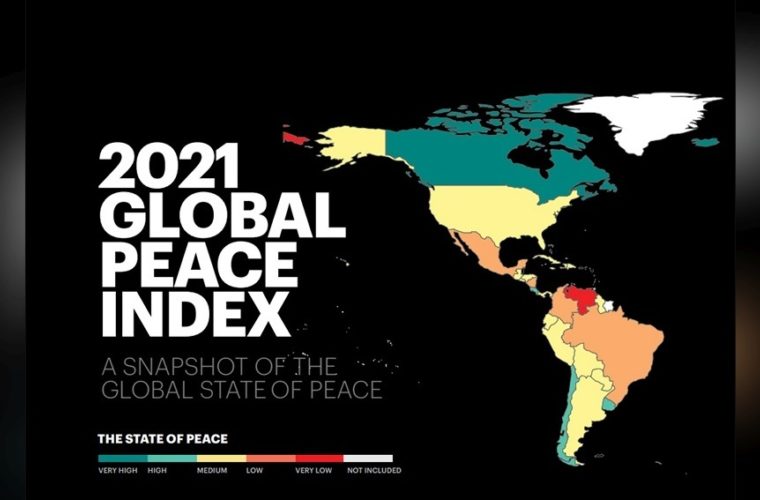 According to the report, the average level of global country peacefulness has deteriorated by 0.07 percent. This is the ninth deterioration in the last 13 years. 87 countries became more peaceful while 73 countries deteriorated. Improvements were driven by changes in ongoing conflict, internal conflict, and terrorism impact.

The Global Peace Index is a composite index measuring the peacefulness of countries made up of 23 quantitative and qualitative indicators each weighted on a scale of 1-5. The lower the score the more peaceful the country.

Source and cover image credit: Vision of Humanity/ Institute of Economics and Peace