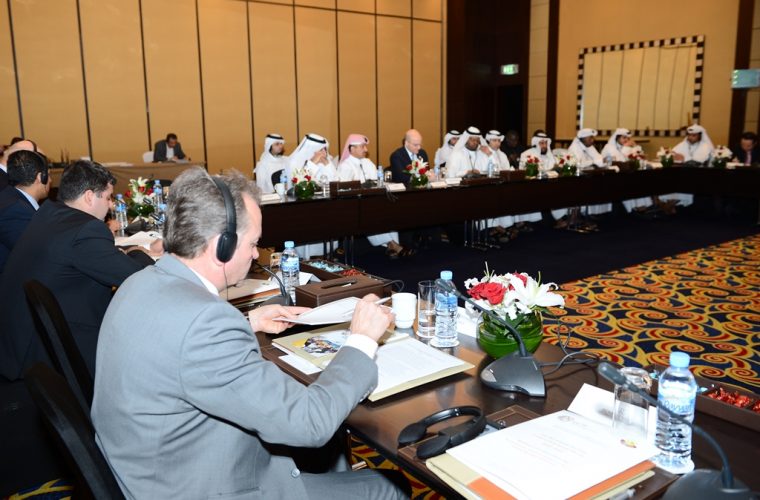 The two day Global Counterterrorism Forum workshop organized by Workgroup for Counterterrorism and Counter-extremism started at Marriot hotel in Doha on Monday 3 March. The workshop is attended by delegates from America, Turkey, China, Morocco, Canada, Australia, Spain, Holland, UK, and Qatar and UN Counter-Terrorism Committee along with NGOs working for Counter-terrorism.

Brig. Nasser Yusuf al Mal, the Rapporteur of National Committee for Combatting Terrorism inaugurated the program. He said that the hosting of Qatar for global counterterrorism workshop marks the state’s commitment to the theme of Forum as Qatar is one of its active members. He pointed that the support from all sectors of the society is necessary to counter terrorist movements. The agenda of the workshop includes topics that form the basics towards achieving its goals, particularly regarding the role of the security forces to ensure security and the media's role in showcasing the right image for the efforts of the security services directed to serve the community.

Karrim Chouri, the head of American delegation said that the workshop is intended to develop an action plan for the implementation of effective programs for the police directed primarily towards the community as a tool to combat terrorism and violent extremism.

Afterward Sheikh Ahmed al Bouainain, the veteran Islamic scholar stated in his speech that terrorism and extremism are two interrelated specifics and the tendency of youth and the violent phenomena of the current society has made the threat of its expansion as greater than before.

Lt. Col. Ahmed Zayed al Mohannadi, the head of the Community Policing for North Security Department presented the role of community policing in counterterrorism and the role Ministry of Interior to ensure the integrity of laws and human rights and their implementation through campaigns and community programs.