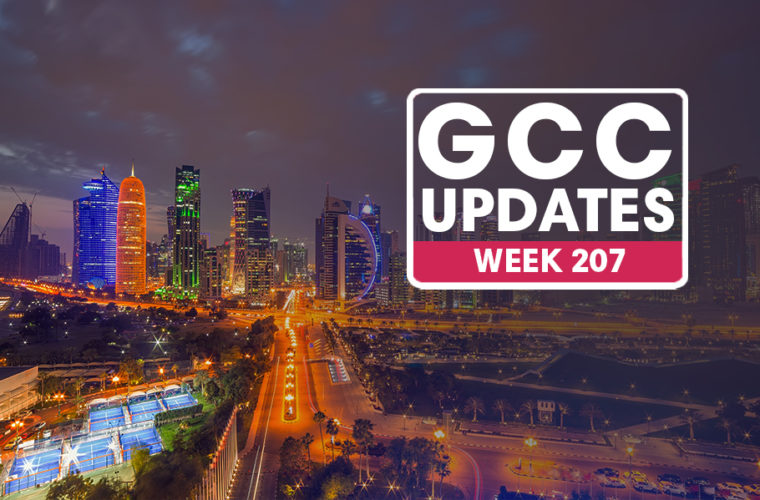 Every Thursday, we bring you the latest GCC updates. Here's what happened in Week 206.

According to Al Jazeera, Qatar and the United Arab Emirates have held a number of talks recently so they can mend their relationship after the "Al-Ula Declaration" was signed on 5 January 2021 in Saudi Arabia to end the GCC crisis. In an interview with the Al Araby Television, His Excellency Qatari Deputy Prime Minister and Foreign Minister Sheikh Mohammed bin Abdulrahman Al-Thani mentioned that:

“With the UAE, the committees held several meetings … and we sensed from the working teams a positive vision to overcome differences."

In fact, the last round of meetings was held just a few weeks ago, and His Excellency was also in contact with UAE officials. He did add though that:

“It could take some time to move past this difficult period."

His Excellency highlighted that the outcomes of "Al-Ula Declaration" stated that each party involved will work on resolving their concerns in a bilateral manner, saying it was normal that different countries would move to resolve their differences at different rates, according to QNA.

There is a positive vision shared by Qatari, Saudi leadership: Qatari PM and FM

On the visit of His Highness the Amir Sheikh Tamim bin Hamad Al-Thani to the Kingdom of Saudi Arabia in May to talk about bilateral relations, H.E. the Qatari Deputy Prime Minister and Minister of Foreign Affairs said that the "Al-Ula Declaration" and its outcomes ended a difficult period for the GCC, saying Qatar engaged positively following the summit, according to QNA.

His Excellency added that Qatar has worked continuously and diligently since then to rebuild trust and a good relationship within the fraternal framework that it is supposed to be. His Excellency said that there is a positive vision by both the Qatari and the Saudi leadership that the two countries will overcome these differences and work to strengthen relations in the future.

His Excellency said that, based on what they have experienced with the Kingdom of Saudi Arabia so far, joint work and enhancing bilateral relations is the biggest guarantee against differences in the future. His Excellency said that there must be continuous communication without interruption similar to that which took place in the GCC crisis, if all countries involved are to avoid crises in the future, stressing that this was Qatar's belief and that of the other countries based on the interactions so far.