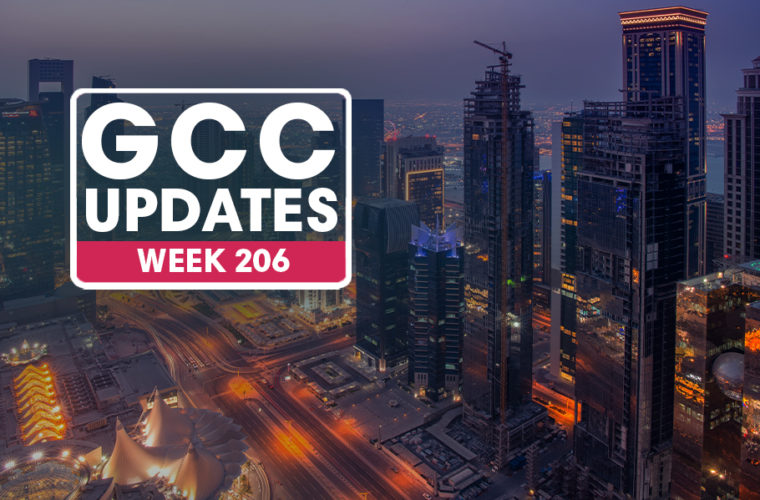 Every Thursday, we bring you the latest GCC updates. Here's what happened in Week 204-205.

H.E. the Deputy Prime Minister and Minister of Foreign Affairs Sheikh Mohammed bin Abdulrahman Al-Thani spoke to the Egyptian Minister of Foreign Affairs Sameh Shoukry, about enhancing investment relations and opportunities between Qatar and Egypt, along with "means to push forward Arab cooperation considering Qatar’s presidency of the Arab League Council.", according to Egypt Today.

Subsequently, a Qatari-Egyptian Committee also discussed a number of pending issues and agreed to hold regular meetings until all the issues between the two countries were resolved.

H.E. the Deputy Prime Minister and Minister of Foreign Affairs Sheikh Mohammed bin Abdulrahman Al-Thani also met with H.E. President of the Arab Republic of Egypt where he delivered a written message sent by His Highness the Amir Sheikh Tamim bin Hamad Al-Thani to Abdel Fattah Al Sisi, pertaining to bilateral relations and the means to enhance them.

In the MBC Masr show "Al Hekaya" last Friday, Egypt's Foreign Minister Sameh Shoukry talked about Doha and Cairo being committed to the "Al-Ula Declaration" with "positive indicators", according to a tweet by ElHekaya show on Twitter.

“We look forward to the full implementation of the Al-Ula Declaration which will open the way for better and normal relations between Egypt and Qatar. We have ensured that the people of both countries are not affected by any tension in relations. All indications so far are positive and in the interest of both countries.”

He also mentioned that regular political and legal meetings were being held to make sure diplomatic ties and the declaration were being followed upon.