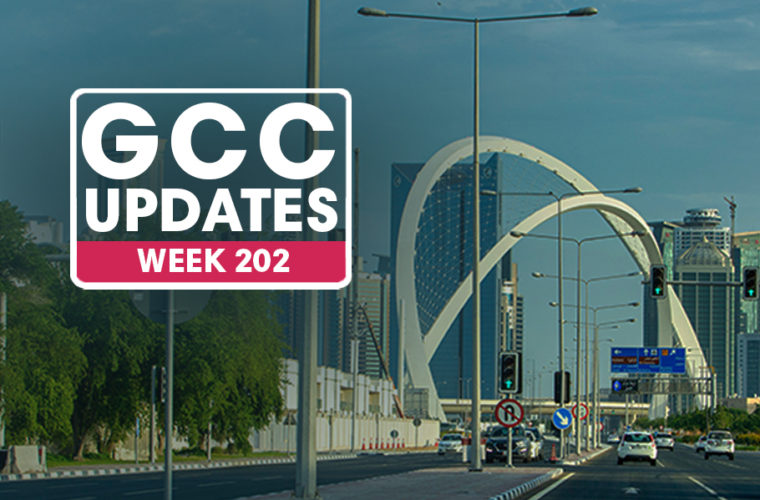 Every Thursday, we bring you the latest GCC updates. Here's what happened in Week 201 (there were no updates in Week 199).

Governor of the Riyadh Region of the Kingdom of Saudi Arabia met with Acting Charge's D'affaires in the Embassy of the State of Qatar in Saudi Arabia. The meeting dealt with reviewing bilateral cooperation, according to QNA Twitter.

During the meeting, they reviewed bilateral cooperation and relations between the two countries. They also discussed the strengthening of the march of the Cooperation Council for the Arab States of the Gulf, in addition to the latest developments in the region. During the meeting, H.E. Deputy Prime Minister and Minister of Foreign Affairs expressed Qatar's full support for all measures taken by the Kingdom of Saudi Arabia to combat drug trafficking in all its forms. He also called for intensifying efforts and strengthening cooperation between countries in the region to combat drug trafficking.

H.E. the Foreign Minister reiterated Qatar's firm support for the government and people of the Kingdom and everything that would enhance its security and stability.

H.H. the Amir received a written message from the Custodian of the Two Holy Mosques King Salman bin Abdulaziz Al Saud of the Kingdom of Saudi Arabia, including an invitation to His Highness to visit Saudi Arabia, according to QNA.

The message was conveyed by H.H. Saudi Minister of Foreign Affairs Prince Faisal bin Farhan bin Abdullah Al Saud, during a meeting with H.H. the Amir at his office in Al Bahr Palace on Monday evening. H.H. Prince Faisal was visiting Qatar for talks.