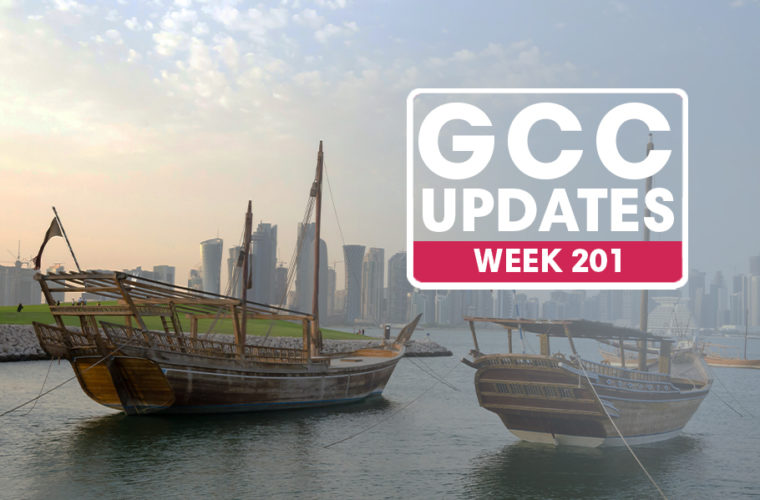 Every Thursday, we bring you the latest GCC updates. Here's what happened in Week 200.

The Qatari poet Mohammed bin Al-Dheeb was in Abu Dhabi for a meeting of the poetry council which sparked a social media controversy. He was in the UAE for the first time since the GCC reconciliation took place in Qatar, according to Doha News.

He was welcomed by the Emirati journalist Abdullah bin Dafna who posted a video on Snapchat and later shared it on his Twitter account, but many Emiratis and Saudis were not happy with the visit of the Qatari poet to the UAE.

Some people on Twitter references Al-Dheeb's previous poetry about the blockading countries for their policies against Qatar, while others wanted the Emirati journalist to be blocked on social media.

Abdullah bin Dafna replied in a Twitter post saying that the UAE welcomes its guests and appreciates everyone. He went on to say that welcoming visitors was the approach of Sheikh Zayed and his children.

His Highness (H.H.) the Amir Sheikh Tamim bin Hamad Al-Thani sent on Sunday a cable of condolences to His Excellency (H.E.) President of the Arab Republic of Egypt Abdel Fattah Al Sisi, on the victims of the train accident in Al Qalyubia Governorate, wishing the injured a speedy recovery, according to QNA.

Abdullah Awad Al Shamsi was released from a UAE prison on 17 April 2021 where he had been serving a life sentence since 6 May 2020 for espionage on behalf of Qatar. Abdullah was a student in the UAE at the time of his arrest on 18 August 2018. Since his release, he has been deported back to Oman, according to the Mena Rights Group.

It is believed that Abdullah who was 19 at the time of his arrest, after facing severe torture to make him agree that he was a spy for Qatar, confessed to a crime he had not committed and also incriminated his Uncle who was also detained.

There are reports that Abdullah was released as part of a deal in which Oman released three Emiratis accused of spying, while the UAE released Abdullah and his Uncle.