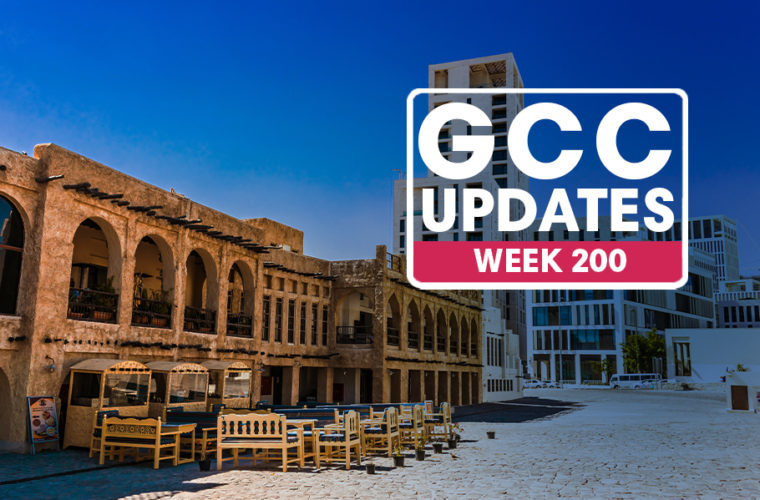 Every Thursday, we bring you the latest GCC updates. Here's what happened in Week 198 (there were no updates in Week 199)

His Excellency Undersecretary of the Ministry of Foreign Affairs of the Kingdom of Saudi Arabia for Protocol Affairs Mashari bin Nahit held his first meeting with the Acting Charge d'Affaires at the Embassy of the State of Qatar to Saudi Arabia Hassan bin Mansour Al Khater. The meeting reviewed the bilateral cooperation ties between the two countries, according to a QNA report.

His Highness (H.H.) the Amir Sheikh Tamim bin Hamad Al-Thani exchanged greetings on the advent of the holy month of Ramadan with His Royal Highness Crown Prince, Deputy Prime Minister and Minister of Defense of the Kingdom of Saudi Arabia Prince Mohammed bin Salman bin Abdulaziz Al Saud, in a phone call held by H.H. the Amir on Tuesday evening, according to QNA.

H.H. The Amir Sheikh Tamim bin Hamad Al-Thani exchanged greetings on the occasion of the holy month of Ramadan with His Highness this afternoon, according to the Amiri Diwan.

Umrah resumes for citizens and residents of Qatar

Saudi Arabia has now allowed Qatari citizens and residents to perform Umrah and Hajj ending a more than three-year ban on people from Qatar going to Makkah and Madinah. The procedures for citizens of Qatar, according to Awqaf.

For more information on how to apply for Umrah, please visit: Awqaf announces Umrah procedures for citizens and residents of Qatar