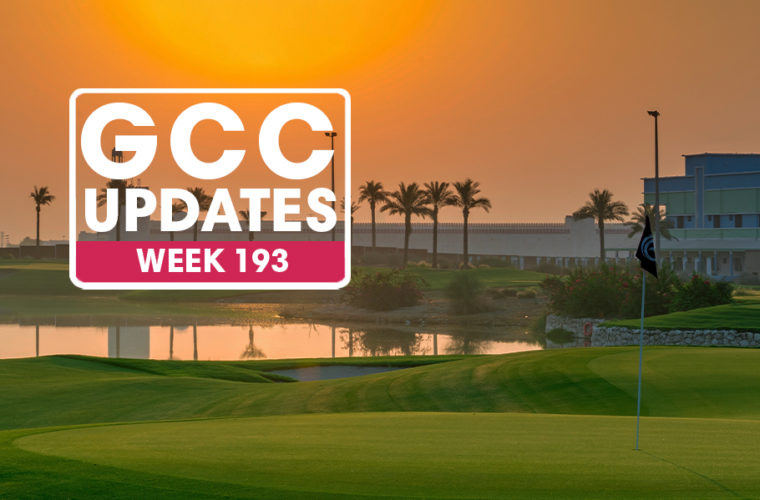 Every Thursday, we bring you the latest GCC updates. Here's what happened in Week 192.

On the occasion of Kuwait's National Day (25 February), the Sabah Al-Ahmad Corridor has been decorated with Kuwaiti and Qatari flags.

His Highness (H.H.) the Amir Sheikh Tamim bin Hamad Al-Thani met with His Excellency Deputy Prime Minister and Defense Minister of Kuwait Sheikh Hamad Jaber Al-Ali Al-Sabah at the Amiri Diwan Office yesterday, along with the accompanying delegation, on the occasion of his visit to the country to attend the inaugural ceremony of Sabah Al-Ahmad Corridor in the evening.

Two official delegations from Qatar and Egypt held their first meeting on Tuesday, 23 February 2021 in Kuwait to lay down mechanisms and procedures for the future phase after the Al-Ula summit statement in the Kingdom of Saudi Arabia issued on 5 January 2021, according to a news story on the Lusail News website.

The two sides welcomed the measures taken by both countries after signing the Al-Ula statement as a step on the path of building confidence between the two brotherly countries. The meeting also discussed the necessary means and measures to be taken to enhance bilateral relations between the two countries in a way that achieves the aspirations of their peoples in terms of security, stability and regional development.

Her Excellency Assistant Foreign Minister and Spokesperson for the Ministry of Foreign Affairs Lolwah bint Rashid Al Khater addressed the 46th session of the Human Rights Council in Geneva on Monday. Amongst other things, she talked about the 41 GCC summit in Al-Ula, Saudi Arabia, and the Al-Ula Statement announcing the end of the Gulf, after the spirit of wisdom and responsibility prevailed among all the affected countries, as reported by QNA.

Her Excellency explained that Qatar had welcomed this agreement out of its firm conviction that constructive dialogue is the way to resolve differences and respect for the sovereignty of states. She also expressed hope that this crisis will be a lesson to learn from and a catalyst for more cooperation and solidarity between the countries.

Qatar, UAE officials meet in Kuwait to follow up on Al-Ula Declaration

Official delegations from Qatar and the United Arab Emirates met in Kuwait on Monday, February 22, 2021, in the first meeting between the two sides to follow up on the Al-Ula Declaration, reported by Emirates News Agency (WAM).

The two sides discussed joint mechanisms and procedures to implement the Al-Ula Declaration and underscored the importance of preserving Gulf unity. Developing joint action in the interest of GCC countries and their citizens, and achieving stability and prosperity in the region were also discussed.

Lastly, they expressed their appreciation to H.H. Sheikh Nawaf Al-Ahmad Al-Jaber Al-Sabah, Emir of Kuwait, for the sincere efforts made by his country to heal the rift and support the GCC, in addition to hosting the first meeting between both countries.