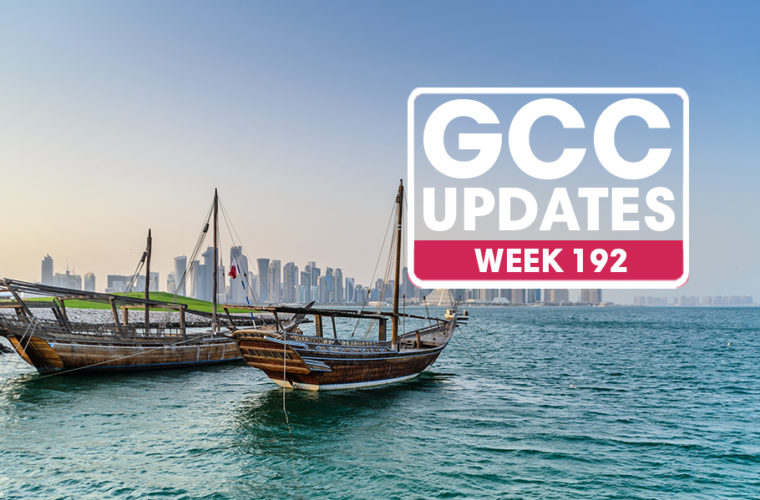 Every Thursday, we bring you the latest GCC updates. Here's what happened in Week 191.

The Land Customs Department of the General Authority of Customs started its customs duties on Sunday, 14 February 2021 by opening the way for commercial exchange procedures between Qatar and the Kingdom of Saudi Arabia. This is for the import and export operations of goods and commercial shipments that are specified according to the conditions announced by the authority.

Qatar still poses a threat to the unity of the GCC, says His Majesty’s adviser for diplomatic affairs in Bahrain Shaikh Khalid bin Ahmed Al Khalifa said a few days ago, according to a report on the GDN Online.

“All the challenges and obstacles which threatened and damaged GGC states’ fraternal historic relations are all caused by Qatar."

In a series of tweets, Shaikh Khalid exposed what he believes is Qatar’s disruptive role in the GCC and the way it has targeted Bahraini fishermen in recent months and how their livelihoods have been disrupted as a result. He also urged Qatar to commit to the agreements signed at Al-Ula in Saudi Arabia on Tuesday 5 January 2021 and not call for new deals and scrapping of the previous ones.

Just recently, Bahrain’s Foreign Minister Abdullatif bin Rashid Al Zayani and Head of the Foreign Affairs, Defense and National Security Committee in the Bahraini parliament, Mohammed al-Buainain argued that Qatar was not adhering to the Al-Ula Statement signed in Saudi Arabia at the 41st GCC Summit which agreed to end the boycott of Qatar imposed in 2017, and that this was "preventing the start of a new phase of regional stability", according to the Al-Monitor.

Similarly, although Egypt has not made any official statement, it is believed that the country also shares Bahrain's concerns over Qatar’s commitment to the Al-Ula Statement; an Egyptian diplomatic source at the country's Ministry of Foreign Affairs who wished to remain anonymous told Al-Monitor on the phone that Egypt would wait and assess Qatar's commitment over the next few months. He also commented that all Qatar had to do now was to prove its goodwill and fulfil its commitments.

Effective 21 February 2021, Qatar Airways Cargo will recommence cargo sales, and bookings in the Kingdom of Saudi Arabia, the United Arab Emirates and the Arab Republic of Egypt with the appointment of General Sales Agents in these countries. The letter of appointment has been awarded to the following GSAs (Qatar Airways Cargo PR):

“The resumption of passenger flights to these three countries is great news, allowing us to re-establish trade and support our customers. Along with the flights, we will also be offering trucking services to and from other offline points within these countries. We are pleased to appoint these GSAs who have an excellent reputation and share the common values of customer-centricity and service excellence. We are certain that they will help promote the Qatar Airways Cargo brand further and grow our footprint.”