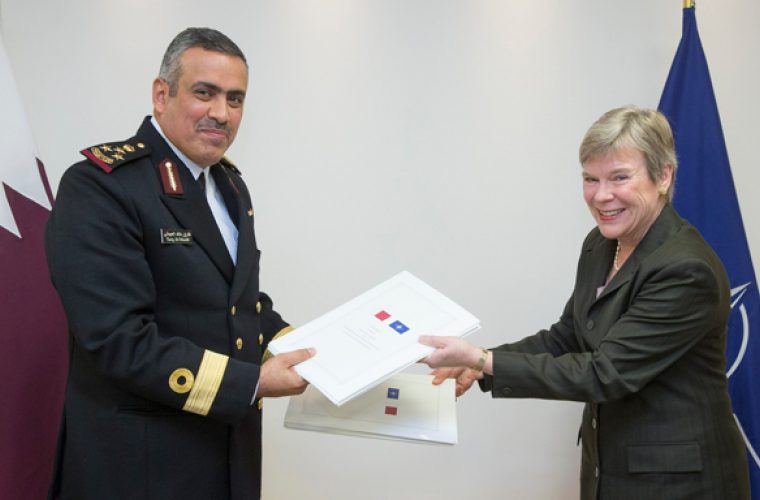 Qatar’s Minister of Foreign Affairs H. E. Sheikh Mohammed bin Abdulrahman Al Thani said an investigation into the hacking of the Qatar News Agency website showed the involvement of two countries and vowed to take legal steps. Which two countries allegedly involved have not yet been made public.

Qatar’s Foreign Ministry spokesperson Lulwa Al Khater announced the country is moving ahead internationally to seek arbitration, approaching international courts and the UN institutions to end the blockade. “All options are available for us," she said.

Qatar has registered a complaint with the UN Security Council that the UAE had violated its airspace. The complaint said the UAE military aircraft’s incursion into Qatari airspace on December 21, 2017 was a violation of the Qatar's "sovereignty and territorial integrity", and international law.

Sheikh Abdullah bin Ali Al Thani released a video statement saying he was a prisoner in Abu Dhabi and should anything happen to him, "Sheikh Mohammed" should be held responsible. The UAE has confirmed Sheikh Abdullah is in the UAE but he has not been detained against his will.

The UAE's General Civil Aviation Authority (GCAA) alleged Qatari fighter jets intercepted an aircraft belonging to its national carrier as it was en-route to Manama, Bahrain. The GCAA said the scheduled flight had all necessary permits and approvals when it was “intercepted by Qatari fighters”. However, Qatar denied that it had intercepted the aircraft. "The State of Qatar announces that the claims of Qatari fighter planes intercepting a UAE civil aircraft (are) completely false," Qatar's Foreign Ministry spokeswoman Lulwa Al Khater said on Twitter.

The State of Qatar signed a security agreement with NATO at the Alliance’s Headquarters in Brussels, a statement released by NATO said. At a signing ceremony, Brigadier General Tariq Khalid M F Alobaidli, Head of the International Military Co-operation Department, Armed Forces of the State of Qatar, and NATO Deputy Secretary General Rose Gottemoeller, stressed the importance of NATO’s co-operation with Qatar in the framework of the Istanbul Co-operation Initiative (ICI). This security agreement provides the framework for the protection of exchange of classified information, as defined by all 29 member countries.

Sheikh Abdullah bin Ali Al Thani, detained in UAE by his hosts, departed Abu Dhabi for Kuwait. In Kuwait, Sheikh Abdullah was admitted to a hospital. He was seen in a wheelchair. His health had deteriorated because of stress.

The UAE had alleged Qatari fighter jets intercepted UAE civilian aircraft. Saif al-Suwaidi, the head of the UAE's GCAA, told the AFP in a statement: "Today we will file our complaint to the International Civil Aviation Organisation about the two serious incidents, along with the evidence that we've gathered, and ask for the intervention of the council to stop Qatar from repeating the act."

What are your thoughts on these latest developments in the ongoing GCC crisis? Drop us a line and tell us your opinion in the comments below. Also, don’t forget to like and share this article!