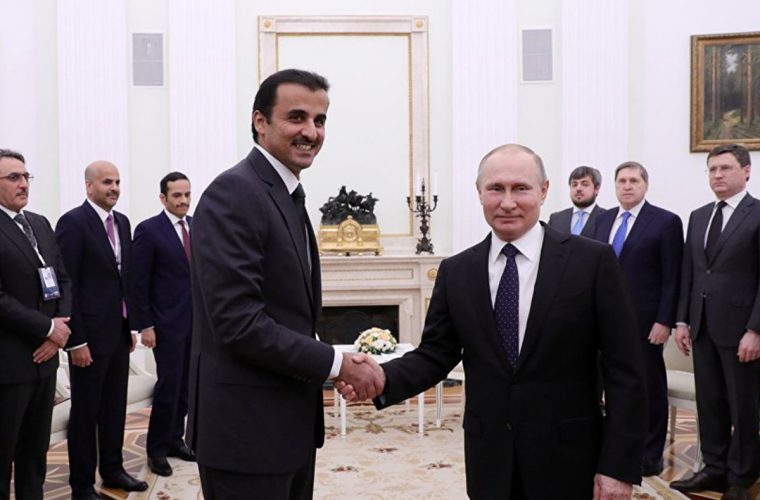 Deputy Prime Minister and Minister of Foreign Affairs HE Sheikh Mohammed bin Abdulrahman Al-Thani has underlined that Qatar is building its diplomacy on the basis of its principles, and believes that the region needs a coherent security strategy that enables people to coexist and live in peace.

In a speech at a meeting on "Qatar's perspective on regional issues" organized by the International Diplomatic Academy in Paris, HE said that what happened in the Gulf crisis was an attack and an aggression and an attempt to change the rule in Qatar, noting that "This is not new. The same attempt occurred in 2014, and in 1996, this aggression started against Qatar, when it started to adapt to change, implementing a different strategy and a different vision.

On Sunday, US Central Command (CENTCOM) denied that it was leaving the Incirlik base in southern Turkey's Adana provinces and the Al Udeid base in Qatar. The US Air Forces Central Command (AFCENT) also said that "These unhelpful reports feed mistrust and division among regional partners at a time when we need to work together to address shared security concerns" .

HH the Emir Sheikh Tamim bin Hamad Al Thani met Russian President Vladimir Putin in Moscow. Qatari Amir and Vladimir Putin witnessed a signing of cooperation agreement on Monday in the field of science and education between Qatar Foundation for Education, Science and Community Development (QF) and Rosneft, which aims to open a research center for Rosneft at the Qatar Science and Technology Park.

The statement added that the continued firing of missiles will lead to further military escalation in the region and undermine the chances of ending the ongoing conflict in Yemen.

The State of Qatar has reported to the U.N. Security Council and U.N. secretary general a breach of its sovereignty by the Kingdom of Bahrain.

In a message addressed by HE Ambassador Sheikha Alia Ahmed bin Saif Al-Thani, Qatar's permanent representative to the United Nations, to HE U.N. Secretary General Antonio Guterres and HE Karel van Oosterom, the president of the U.N. Security Council for this month, she mentioned that a Bahraini fighter jet has violated the airspace of the State of Qatar on Sunday, March 25.

Since December, Qatar has reported four such violations to the UN.