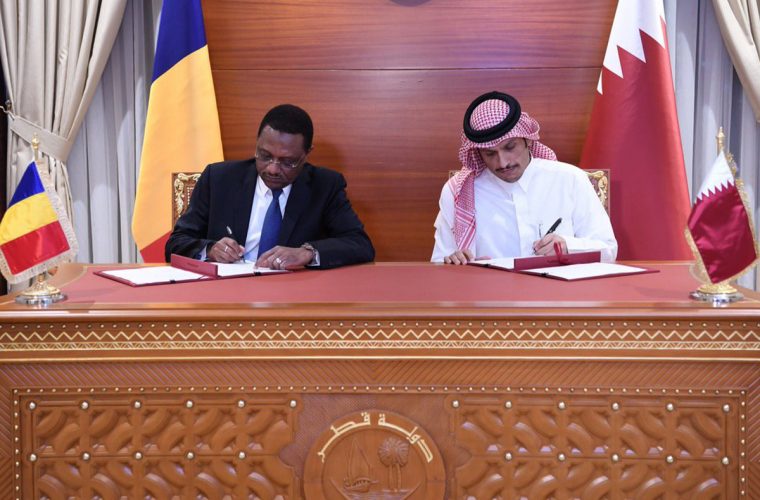 Last Friday (February 16) HH the Emir Sheikh Tamim bin Hamad Al-Thani participated in the opening session of the Munich Security Conference, in the city of Munich, Germany. In the presence of a number of Their Excellencies, state leaders, and delegations, HH the Emir of Qatar criticized the Saudi-led blockade of Qatar, describing it as a: “futile crisis, manufactured by our neighbours.”

In his speech HH the Emir of Qatar said: “Even with the regional turmoil, Qatar remains one of the most peaceful countries in the world. Despite the obstacles imposed upon us, including a full land, air, and sea blockade beginning on June 5 of last year, Qatar secured new trade routes, accelerated economic diversity, and bonded together in unity. Qatar emerged stronger.”

He went on to state: “We have continued to trade with the wider world. We have not missed a single shipment of liquefied natural gas during this time. This is vital to the rest of the world, as we are the world’s second-largest exporter of natural gas and our exports ensure the stability of global energy supplies.”

World order won’t be reformed without a serious and firm resolve by the world leaders to preserve human rights, security and stability world-wide and in the Middle East in particular. I made this clear in the #MSC2018 today. pic.twitter.com/8WYi8MykDX
— تميم بن حمد (@TamimBinHamad) February 16, 2018

The transportation of thousands of camels owned by Qataris coming from Saudi Arabia via Kuwait is expected to start from Kuwait’s Al Shuwaikh Port next week, The Peninsula Qatar reported.

The French Envoy for the Gulf Countries, Bertrand Besancenot, hinted that the general will of nations such as Kuwait, France, and the United States was to bring the Saudi-led blockade on Qatar to a swift and acceptable end. He stated that dialogue would be the only practical way to end a crisis where there were no winners.

Besancenot re-affirmed French support for Kuwaiti mediation between the nations involved in the standoff and noted Qatar's determination to end the current negative situation. In an interview with Qatari newspaper Al-Sharq, Besancenot claimed French President Emmanuel Macron was focusing on resolving the crisis through participation in an international network of conciliation to end the unjust siege on Qatar.

In a speech on Monday, HE Sheikh Mohammed bin Abdulrahman Al-Thani laid out the foreign policy of the State of Qatar before the Advisory Council. He noted that the siege countries have violated all articles of the Gulf Cooperation Council (GCC) Charter, and reiterated the importance of having a clear and binding mechanism to settle GCC conflicts. Asked about Qatar's membership in the GCC, he said that Qatar does not intend to leave the GCC and will continue to work through it as long as the body remains. As he went on to say: "If the siege countries want to go and found another entity, then let them do so.”

In other news on this day, the Italian airline Meridiana changed its name to Air Italy and was supported in this decision by new shareholder Qatar Airways. At the same time as UAE-backed Alitalia filed for bankruptcy, Meridiana has every intention of becoming Italy's number one airline.

HE the Deputy Prime Minister and Foreign Minister Sheikh Mohammed bin Abdulrahman Al-Thani met on Tuesday (February 20) with HE the Minister of Foreign Affairs, African Integration and International Cooperation of the Republic of Chad, Cherif Mahamat Zene. During the meeting, they discussed developing and boosting bilateral relations, in addition to a number of regional and international issues of common concern.

Following the meeting, HE the Deputy Prime Minister and Foreign Minister and Chad's Minister of Foreign Affairs, African Integration and International Cooperation signed a Memorandum of Understanding regarding the resumption of diplomatic relations between the State of Qatar and the Republic of Chad.

HE the Deputy Prime Minister and Foreign Minister hailed the signing as a major step towards the resumption of diplomatic relations between the State of Qatar and the Republic of Chad, stressing that it would enhance stability and common interests between both countries.

Qatar had ordered the Chad embassy to be closed after N'Djamena's decision to seal up the Qatari embassy following the Saudi-led blockade of Doha on June 5, 2017. Senegal decided to return its ambassador back to Doha in August last year after the decision was taken by HH the Emir Sheikh Tamim bin Hamad al-Thani held a telephone conversation with Macky Sall, the President of Senegal.

The United Nations High Commissioner for Human Rights (UNHRC) Prince Zeid bin Raad al-Hussein met HE Chairman of the Qatar National Human Rights Committee (NHRC), Dr. Ali bin Samikh al-Marri in Geneva on Tuesday (February 20). Dr. Al-Marri provided an update on the humanitarian situation caused by the embargo on Qatar. His Excellency also briefed the high commissioner on the movements of the National Human Rights Commission to combat increasing violations of citizens, residents of Qatar, and citizens of the cooperation council.