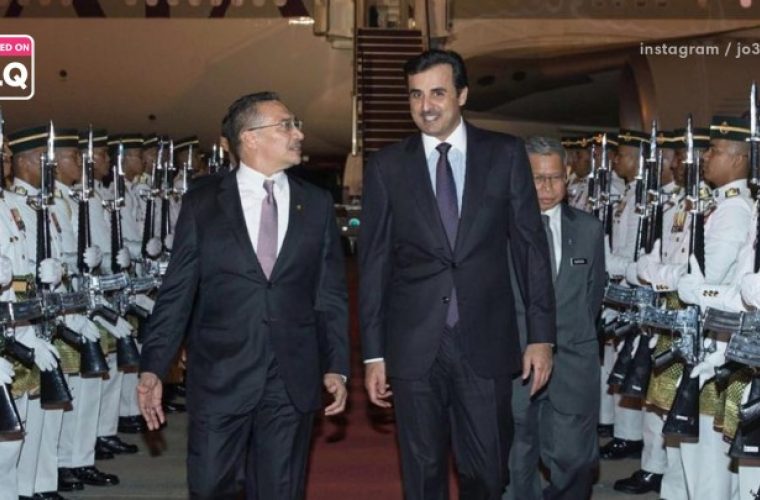 His Highness the Emir of Qatar visited Malaysia as part of his first trip to Southeast Asia since the Gulf crisis. His trip also included Indonesia and Singapore. During his visit, he met with the Prime Minister as well as the King of Malaysia.

The Emir of Kuwait, Sabah al-Ahmad al-Jaber al-Sabah visited Saudi Arabia for talks. He has been involved in mediation efforts since the crisis between Qatar and other GCC countries began.

During his visit to Indonesia, His Highness the Emir of Qatar said that the country is open to dialogue to resolve the crisis. “We are all brothers and suffering because of the crisis,” he reportedly said.

According to Reuters, the text of an interview by CNBC held with His Excellency the Foreign Minister of Qatar suggested that he agreed that the fight against the Islamic State had suffered because of the GCC crisis

In an interview with CNBC, His Excellency the Foreign Minister of Qatar said that Saudi Arabia is inciting the people of Qatar to protest against the government, “so it is about regime change.”

What do you think of these latest developments? Let us know in the comments below! And don't forget to like and share —it keeps us going!