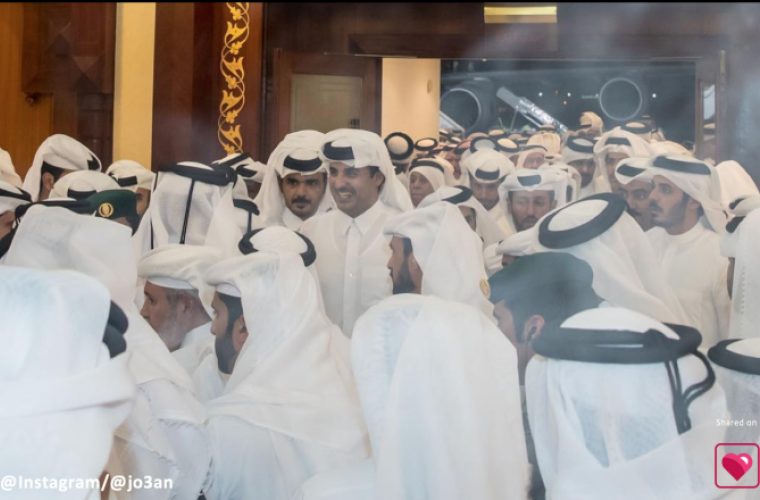 HE the Foreign Minister of Qatar, Sheikh Mohammed bin Abdulrahman al-Thani held meetings with his counterparts from several countries during his trip to New York for the UN General Assembly. During the meetings, HE the Qatari FM discussed the unjust blockade on Qatar stressing on dialogue for resolution.

The Foreign Minister of the United Arab Emirates said that Iran is a major obstacle to solving all crises in the Arab world. He accused Iran of supporting terrorist groups and of interfering in the internal affairs of other countries.

The Minister for Foreign Affairs of Saudi Arabia reportedly told the UNGA that the crisis in Qatar is jeopardizing Saudi’s fight against terrorism.

The chairman of Qatar’s National Human Rights Committee called for an international mission to Qatar to examine the violations brought about as a result of the blockade on Qatar.

After His Highness the Emir’s diplomatic trip to Europe and his iconic speech at the UN General Assembly, the people of Qatar gathered for an event at the Corniche to welcome him as he returned to Doha earlier this week. Roads were blocked as thousands rushed to the waterfront to welcome their ruler home.

HE The Foreign Minister of Qatar said while he was in Paris that the economic blockade on Qatar is pushing itself closer to Iran. “They are giving Iran, or any regional force, Qatar like a gift,” he said.

Qatar’s Commercial Bank is reportedly looking to sell its stake in the Abu Dhabi listed – United Arab Bank worth $217 million.

HE the Foreign Minister of Qatar said while in Paris that US President Donald Trump is stepping up efforts for a diplomatic solution to the Gulf crisis.

Around 600 camels owned by Qataris but kept in the UAE have been brought back to Qatar at the expense of the Qatari government. They were banned from competing in the UAE after the crisis. According to Al Jazeera, the Qatari racing committee says no retaliatory measures will be taken against the UAE, with competikions in Qatar open to Emiratis should they wish to join.

The value of Qatar’s imports reportedly rebounded during August after plunging right after the crisis. This indicates that the economic effect of the sanctions might be fading, according to Reuters.