Furjan markets to be set up 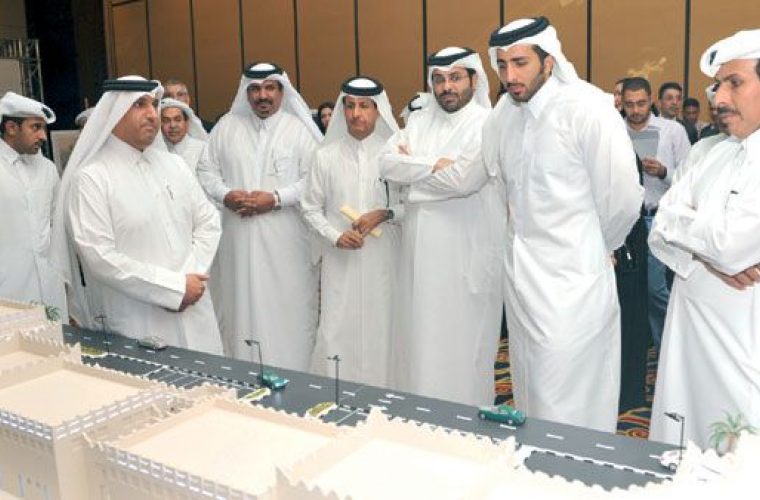 Plans to set up large complexes in remote and sparsely populated areas of the country so that people don’t have to travel long distances to access commodities and services of daily needs are on. The proposed shopping centres and shops, to be rented out through allotment to citizens of those areas on moderate rentals are being built by the government. The complexes, to be known as Furjan (neighbourhood) markets, will house provision stores, bakeries, butcheries, pharmacies, ATM kiosks, laundries, barber shops, fruits and vegetables vending areas and eateries, among other facilities. A highlight of these shopping centres will be that they will have utility services outlets as well, such as those manned by Kahramaa (electricity and water distributors) and telecom service providers. The project is being launched in three phases. The first phase will see a dozen complexes coming up in different areas. They will together have 122 shops with each complex admeasuring a built-up area of between 2,500 and 3,000 square metres. In the second phase, some 18 complexes will be built in various localities and will together have 176 shops. Each complex will be spread over an area of 700 to 2,000sqm. The remaining 14 complexes will be built in the third phase and their sizes will each vary from 3,000sqm to 7,000sqm. They will together have 290 shops. By the end of all phases, about 200 buildings will be ready. The project is being launched by the Ministry of Business and Trade, in coordination with the Qatar Development Bank (QDB) and the Ministry of Municipality and Urban Planning. The first phase was yesterday awarded to Qatar Power Company by the QDB vide an agreement signed between both sides. Mansoor bin Ibrahim Al Mahmoud, CEO of the QDB, and Sheikh Jassim bin Ahmed bin Khalifa Al Thani, from the Qatar Power Company, inked the deal. Present at the signing ceremony were the Minister of Business and Trade H E Sheikh Jassim bin Abdulaziz bin Jassim bin Hamad Al Thani, and the Minister of Municipality and Urban Planning, H E Sheikh Abdulrahman bin Khalifa Al Thani. The Governor of Qatar Central Bank, H E Sheikh Abdullah bin Soud Al Thani, and Qatar Chamber Chairman, Sheikh Khalifa bin Jassem Al Thani also attended. The first phase is expected to be ready by June next year. In reply to questions during a news briefing, the trade minister said the shop allotment process will be decided later. The cost of the project was also not shared with the media. The complexes are being built on government land. After the signing ceremony, the ministers, QCB and Qatar Chamber chiefs as well as some board members of the Chamber, along with the Qatar Power Company official, were closeted in a meeting. Emerging from the meeting, Nasser Al Meer, the Chamber’s board member and head of its contracting committee, told this newspaper that Qatari companies will be accorded priority in the award of contract for the proposed complexes in the second and third phases. Source : Qatar Chronicle